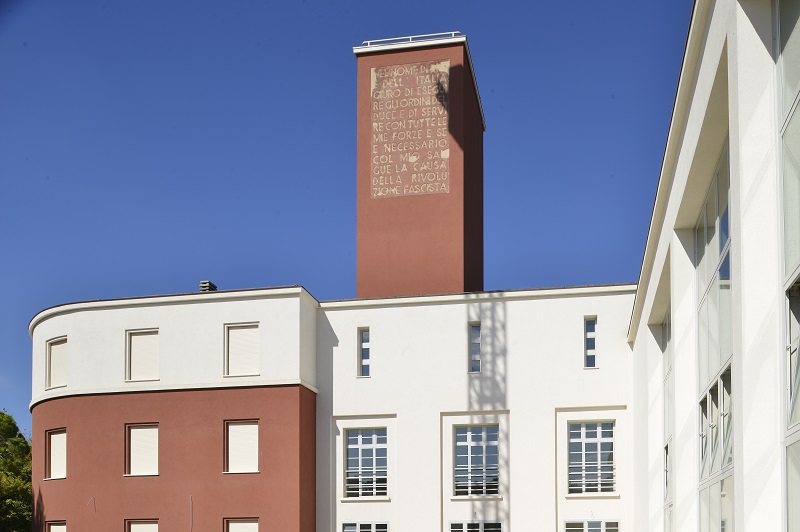 The Fascist past of the former GIL building gave rise to a process of demonization of the building in the immediate post-war period followed by a phase of repression. Finally, in 2009, the work of restoring the building got underway. Today, the building hosts important exhibitions on the topic of architecture of totalitarian regimes, as part of a process of dealing with Forlì’s dissonant heritage.

What to do with the inscription of the Fascist oath?

After the fall of the Fascist regime on 25 July 1934, young anti-fascists climbed to the top of the tower of the GIL building and removed the embossed letters of the Fascist oath in an act of iconoclasm. During the phase of repression, the traces of the oath gradually deteriorated and were practically ignored.

With the restoration of the tower, the missing embossed letters were not fully restored; instead, the underlying traces were left in order to bear witness to the actions of history: both the oath itself and the act of iconoclasm.  In this way, the different meanings of the tower were restored: as an example of Fascist propaganda, but also its rejection by the local population.

The GIL building – a case study