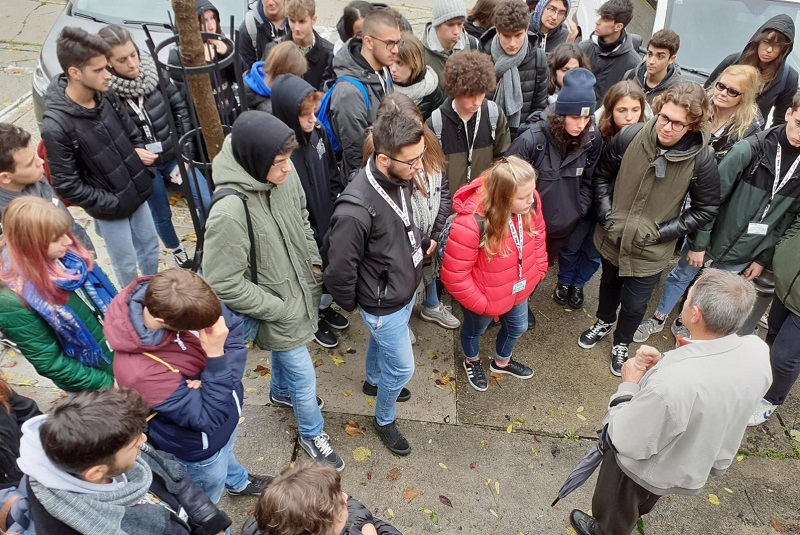 “MEMORIE DI CONFINE” (“Memories and Borders”) is financed by the Associazione Legislativa della Regione Emilia Romagna. The project included a journey of memory to the Eastern border (Trieste, Italy and Istria, Croatia) from 11-14 November 2019, involving a quite heterogeneous group of students and teachers from three different secondary schools in Forlì, Italy.

The aim was to promote the achievements of the ATRIUM Association in terms of creating cultural tourism. Trieste and the Istria region were chosen as destinations of this journey in order to experience the contemporaneity of places, which have seen some of the most traumatic event of the 20th century: social struggles in Italy, the fall of century-old empires, the big wars, military occupation, racial persecution and the dimension of concentration camps (Fascist and Nazi).

As part of a wider informal educational path “MEMORIE DI CONFINE”, the journey offered a series of key tools to interpret the historical complexity of the two territories – Trieste and Istria. Step after step, the students and teachers had the opportunity to listen to the iridescent memories of the two border regions.

The participants were the classes of three different schools (ITI Marconi, Liceo Scientifico Fulcieri-De Calboli, ITC Matteucci), guided by tutors of the DEINA Association. Before their departure, the students had been involved in propaedeutic workshops, organised by the Istituto Storico per la Resistenza e l'età contemporanea di Forlì-Cesena (ISTORECO).

Find out more about the project in the detailed brochure (in Italian language).