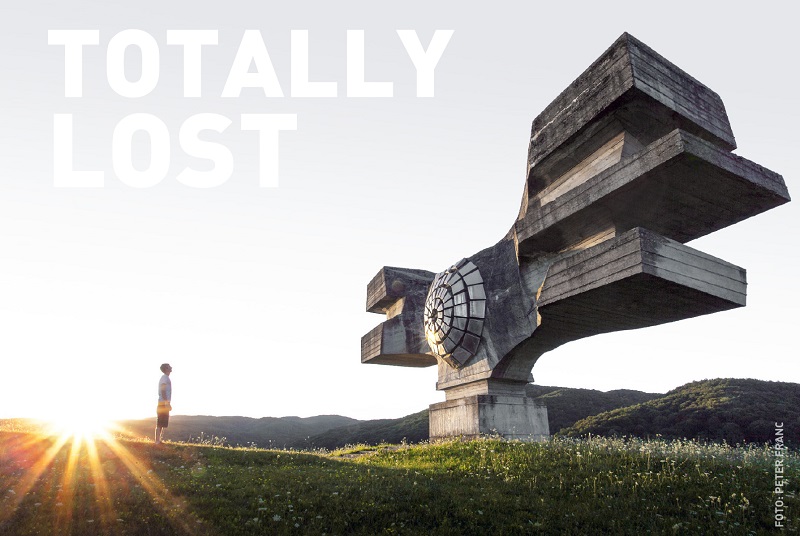 Totally Lost is a European project which was launched in 2012 by the Spazi Indecisi cultural association in collaboration with the ATRIUM cultural route. The aim is to discover and narrate by means of contemporary visual language (photography and video) the abandoned architectural heritage left by European totalitarian regimes of the 20th century.

Totally Lost investigates the relationship of these sites with the landscape and with the social context of today, by collecting and focusing attention on factories, mines, power stations, institutional buildings, place of propaganda, bunkers, holiday camps, planned towns, hospital and much more.

The aim is to raise questions regarding this dissonant heritage. Not to ignore history, but to re-evaluate this heritage in a critical way, posing a series of questions:

Totally Lost aims at narrating an “uncomfortable” heritage and encouraging reflection on its role today. A basic element of the project is the participation of more than 400 photographers, video-makers and artists throughout Europe, who contributed about 4,000 photos and videos of the remains of architecture connected to totalitarian regimes in Europe.

Each exhibition of "Totally Lost" is a work of research which aims to create an experience in close connection with the space and place it occupies. Totally Lost has been exhibited in Forlì, Italy (2013, 2016), Gyor, Hungary (2013), Luxemburg (2014, Fondation de l’Architecture et de l’Ingénierie) and Tirana, Albania (2017, as part of the 19th edition of the Bjcem – the Biennale of Young Artists from Europe and the Mediterranean).