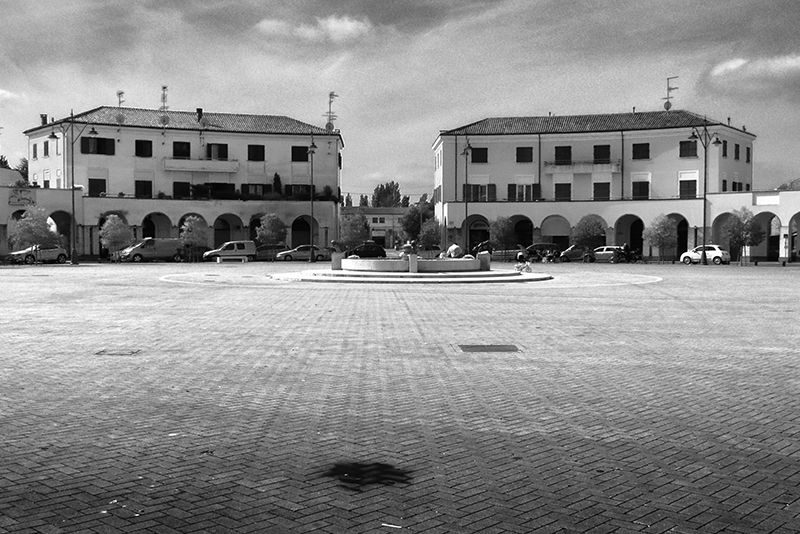 Republic Square: a stage for mass gatherings of Fascist propaganda 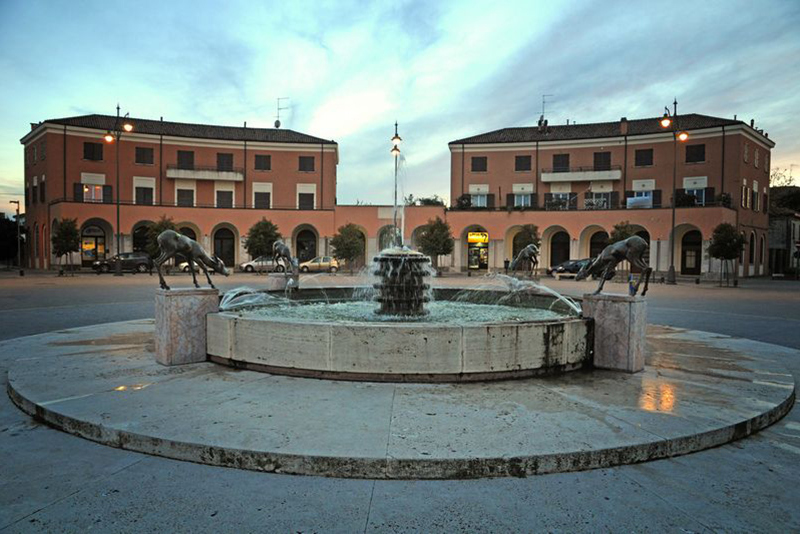 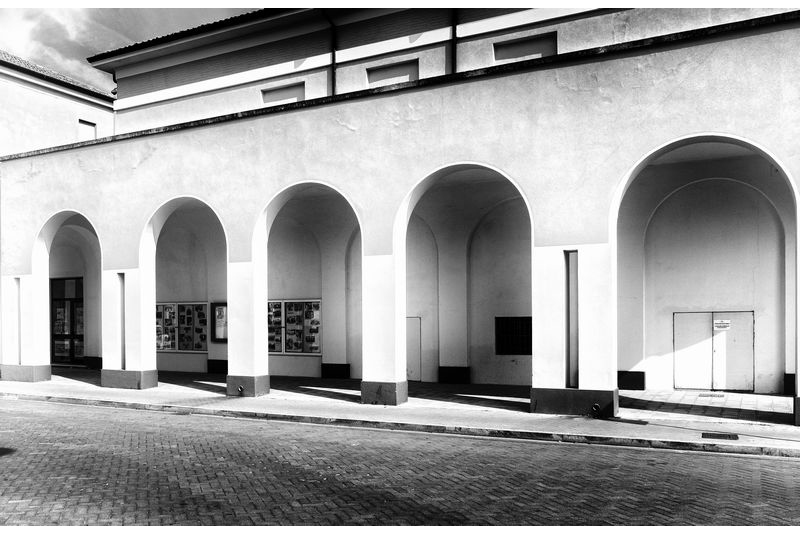 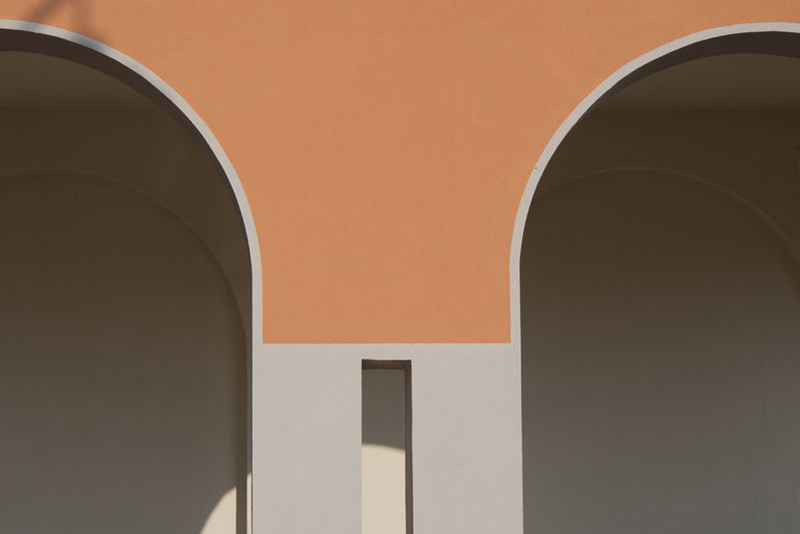 Detail of the arcade 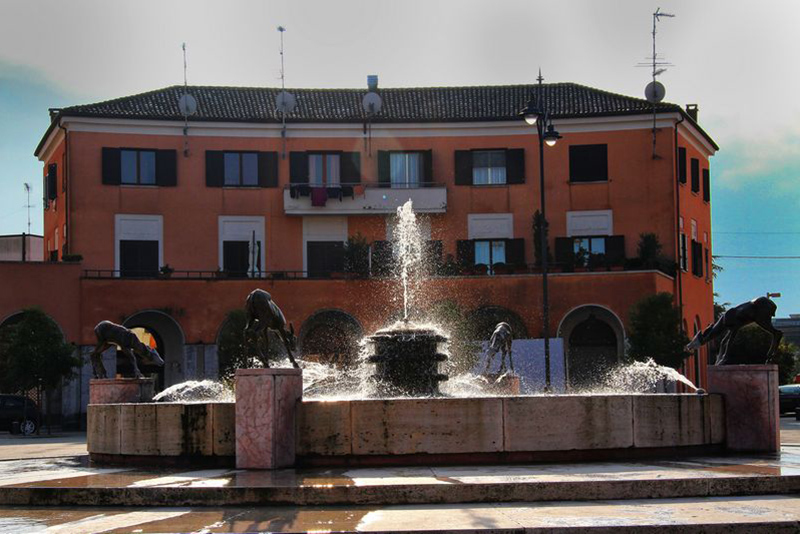 Fountain with four bronze gazelles, celebrating the four “victories” of the Italian Army in Africa.

The Republic Square – an open-air theatre of Fascism

Though quite different from other squares built during the Fascist period, the immense semi-circular space formed by playful arcades served as a stage for propagandist mass gatherings.

Like many other public spaces in Tresigallo, the Republic Square appears like an an open-air interior. Nine residential buildings around the square form a majestic open-air theatre, with playful semi-circular arcades, which immediately strike the visitor. The monumentality of the buildings is intensified by the high ground floor with its arcades, supposed to host retail shops.

A space for social life and propaganda

Unlike other Italian squares of planned towns built during the Fascist period, which tended to concentrate all symbolical and political buildings, the Piazza della Rivoluzione Fascista with its residential houses and shops was the new core of the town’s social life. However, it also provided an impressive space for the propagandist mass gatherings of the Fascist regime. In fact, huge terraces on top of the arcades were built for people to participate during the regime’s rallies in the square.

The symbolical and celebrative meaning of the fountain

The circular fountain in the square centre with four bronze gazelles celebrates the four “victories” of the Italian Army in Africa: the four Italian colonial territories of Libya, Somalia, Ethiopia and Eritrea.

The urban space is placed on the North-South axis, which connects the monumental cemetery and one of the town’s factories, representing the three stages of human life: work, leisure and the afterlife.