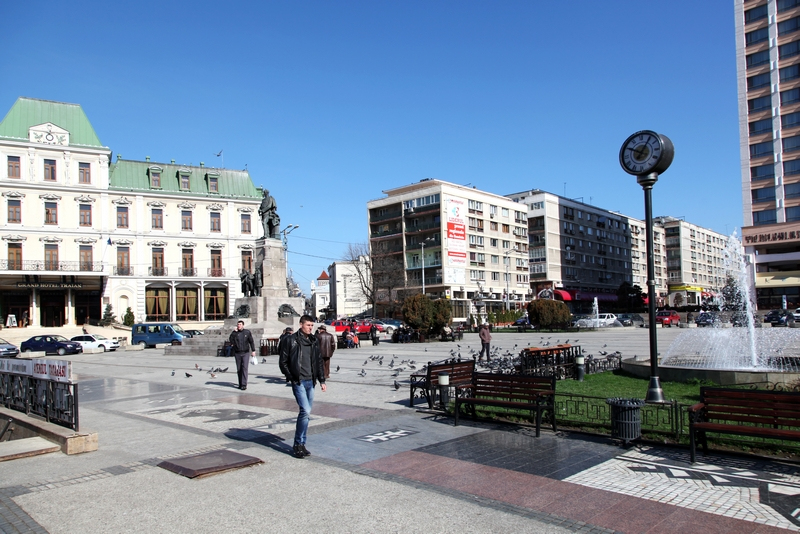 Modernist architecture of the Union Square (1959). The square changed radically during the Communist period. 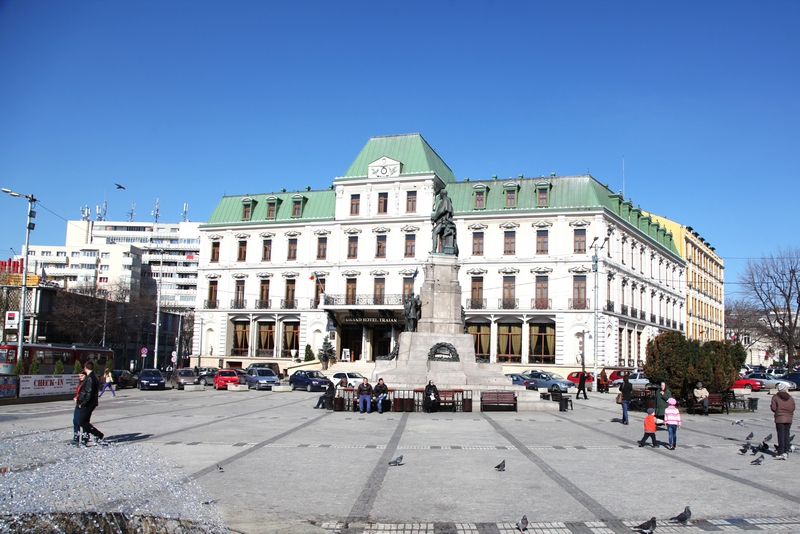 Traian Hotel (Gustave Eiffel, 1882) in contrast with the new buildings

The transformations of the Union Square

During Romania’s Communist period, the Union Square was heavily transformed. Today, symbols of Communist propaganda reminding us of an unpalatable past are disrupted by symbols of a united Europe.

Dominated until the 1950s by the Braunstein Palace and the Traian Hotel (designed by Gustave Eiffel in 1882), the square’s identity was radically changed during the Communist period. The regime intended to eliminate any sign of the capitalist society and to replace them with a new environment to satisfy the needs of the working class.

The old square was modernised: huge blocks of flats and the nine-storey Unirea Hotel (1969) were erected. Modern architecture dominated the square, ignoring or demolishing the existing buildings. From a social point of view, the ensemble provided an increased number of homes, shops, cinemas and a hotel. Politically, it was a notable propaganda coup.

Mosaics: from Communist propaganda to the European Union

A symbolic marble mosaic (1962) covers the square illustrating the legend about the foundation of the Principate of Moldavia. Other mosaics display themes of Communist propaganda, such as agriculture and industry. In 2014, a mosaic representing the flag of the European Union has been introduced.