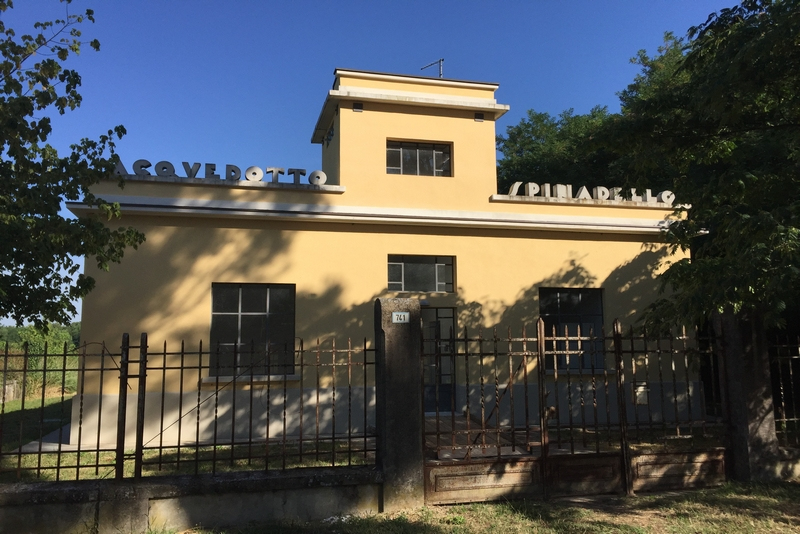 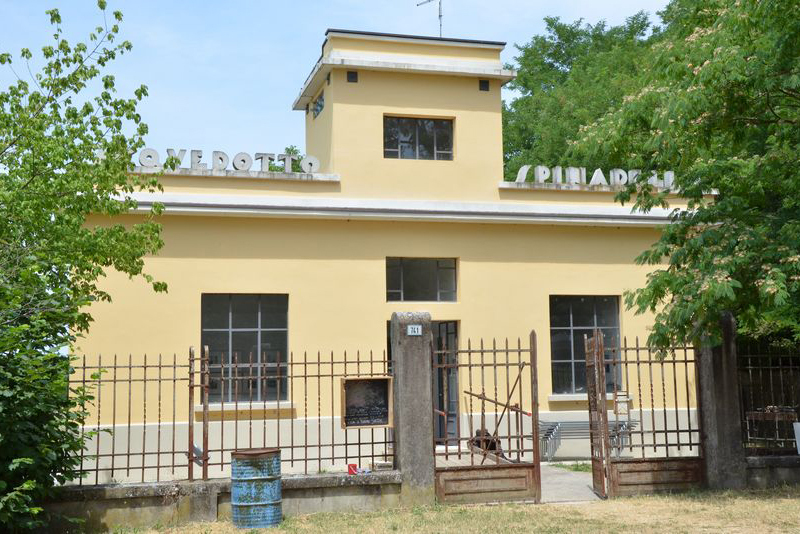 Consensus building: The modern aqueduct provided all households in the surroundings with water. 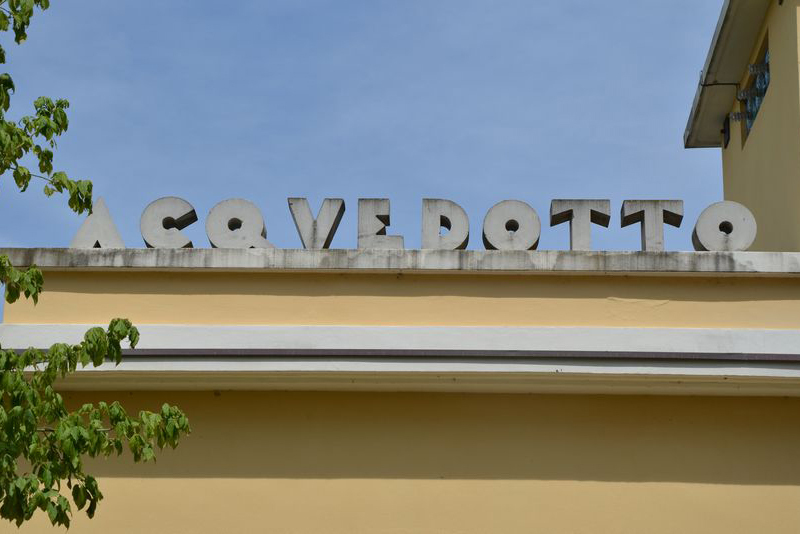 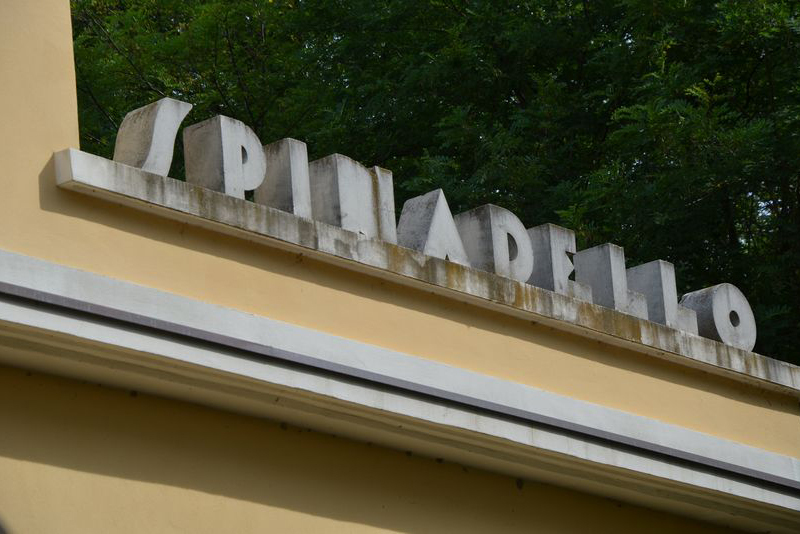 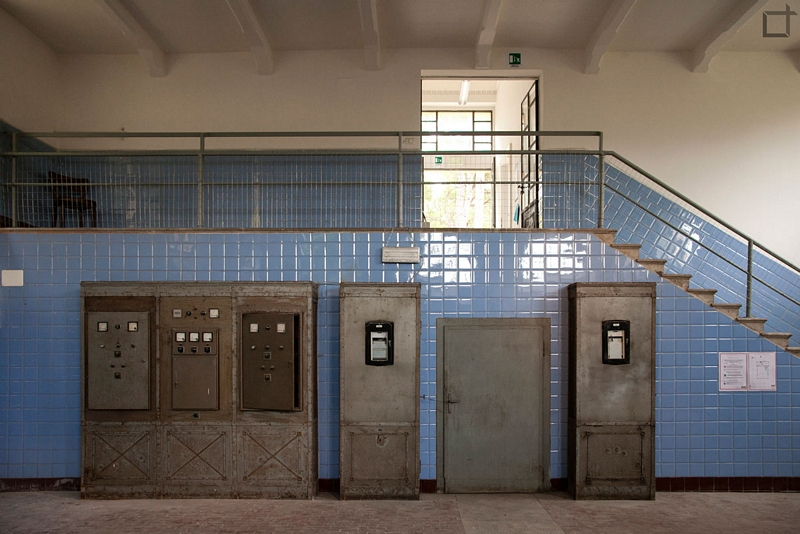 Interiors: switchbords of the pumping station from the postwar period 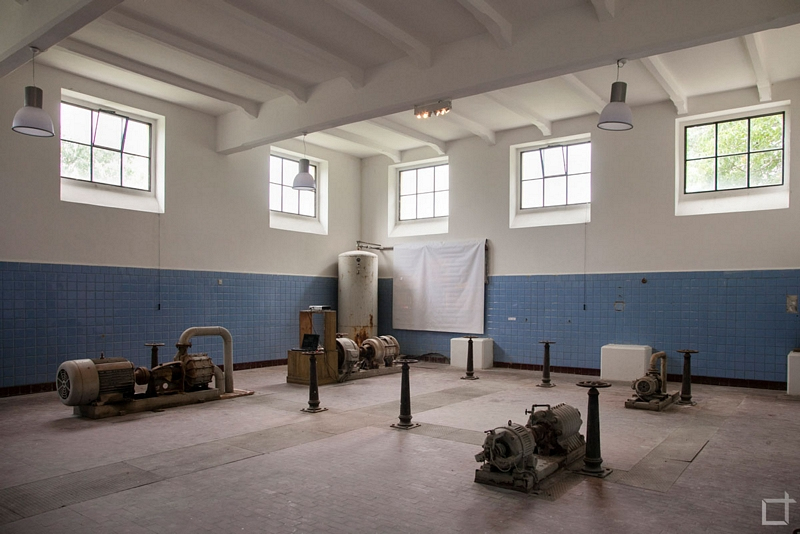 Interiors: pumps of the pumping station from the postwar period

New uses: The building is supposed to become a visiting centre of the surrounding natural park.

The pumping station of the Spinadello Aqueduct is a typical example of rationalist architecture, where function prevails over form. Very impressive is the three-dimensional writing “Acquedotto Spinadello” in futurist letters.

During the construction, a small central tower dominating the main façade was added, with the aim of emphasising the importance of the building. In fact, the Fascist regime used public buildings not only to modernise Italy’s infrastructures, but also to create consensus among the people. In fact, for the first time, Forlimpopoli, was provided with a modern aqueduct able to serve all households.

The aqueduct operated until 1986; subsequently, the pumping station was abandoned. Between 2012 and 2013, the Municipality of Forlimpopoli restored the building. It is preserved almost in its original state, with pumps and switchboards from the postwar period in its interiors. Since the building is immersed in a natural park of the river Ronco, the new use of the restored building will be as a visitors centre.