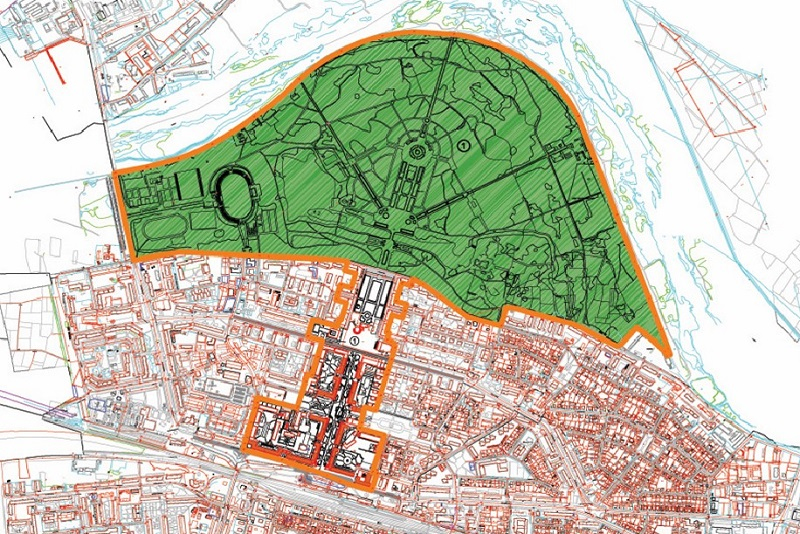 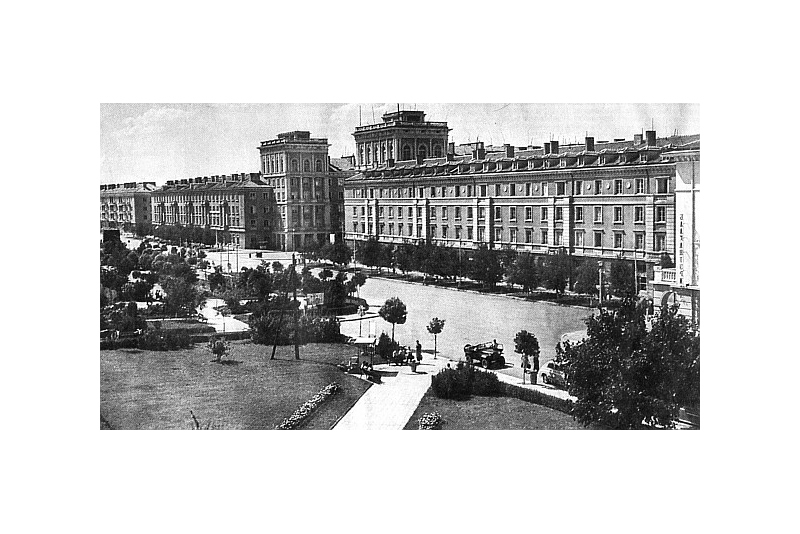 Blagoev Boulevard. The monumental boulevard was used for parades. 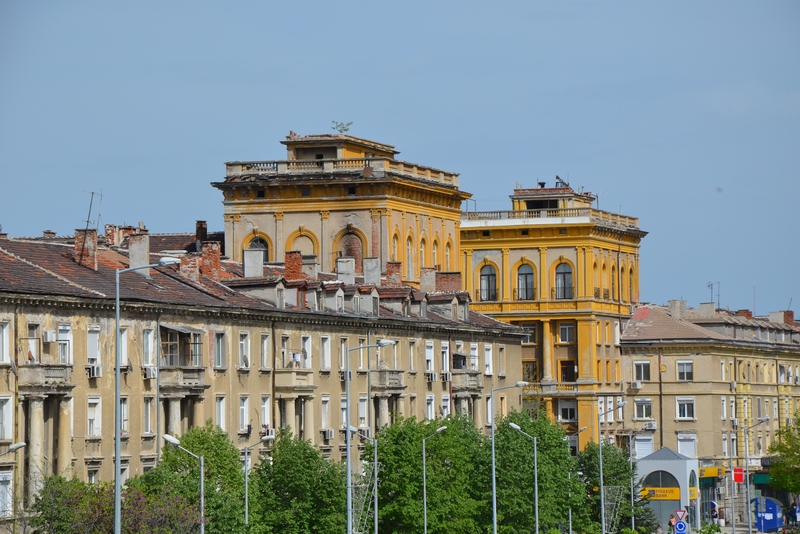 Blagoev Boulevard: displaying the power of the communist regime. Enthusiastic brigades built the town in the spirit of communism. 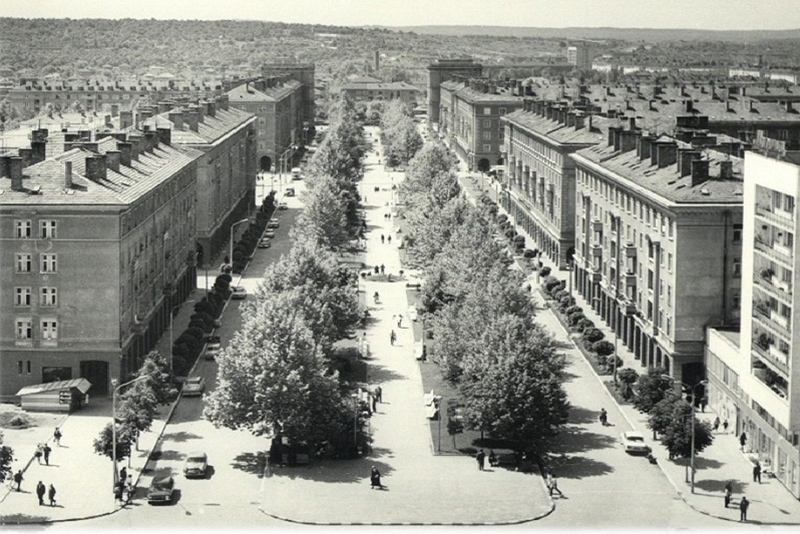 Bulgaria Boulevard before its transformation into a pedestrian zone 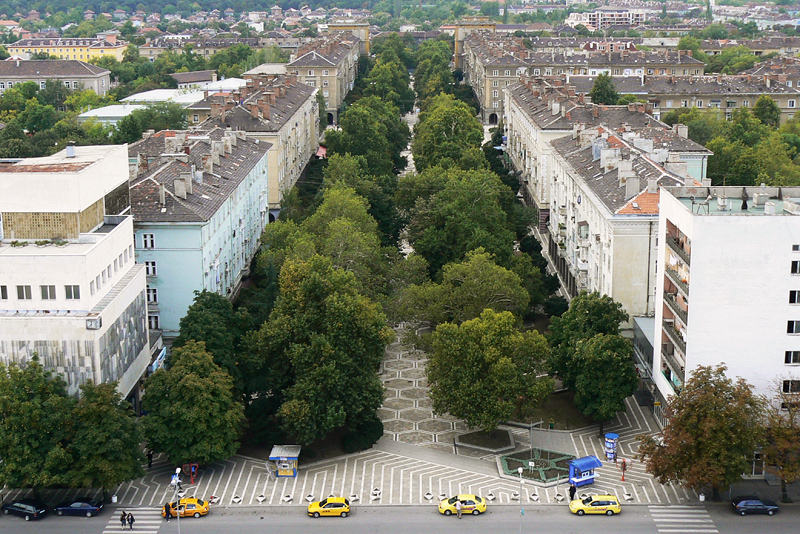 Bulgaria Boulevard today: In 1982-1985, the boulevard was transformed into pedestrian zone 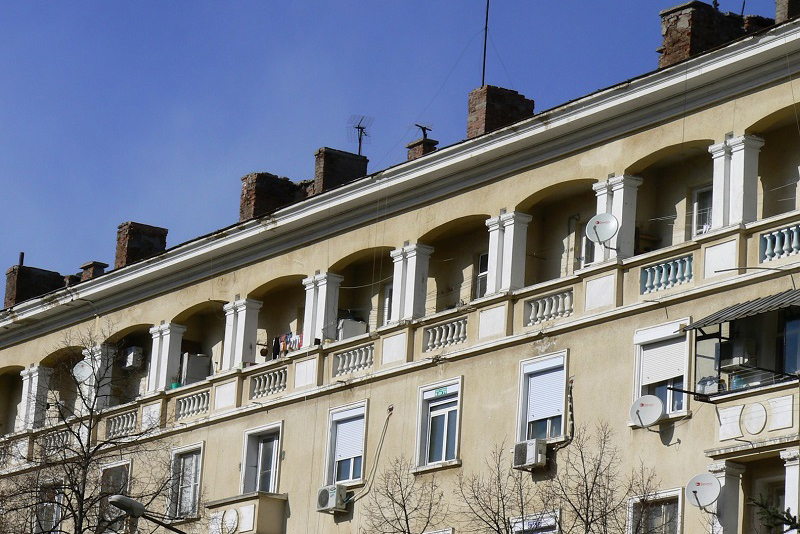 Bulgaria Boulevard: Ideas of modernism merge with the aesthetics of the Stalinist architectural style. 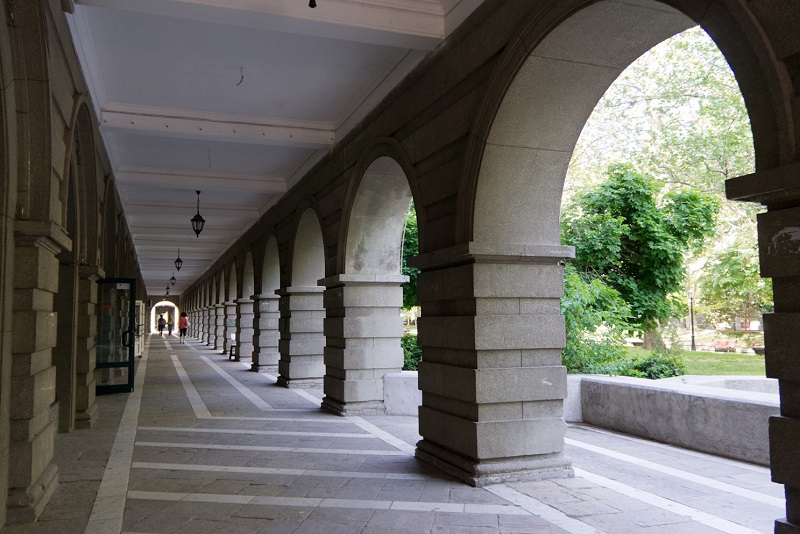 Bulgaria Boulevard: monumentality has been achieved with tools of neoclassicism, such as arcades, columns and semi-pillars 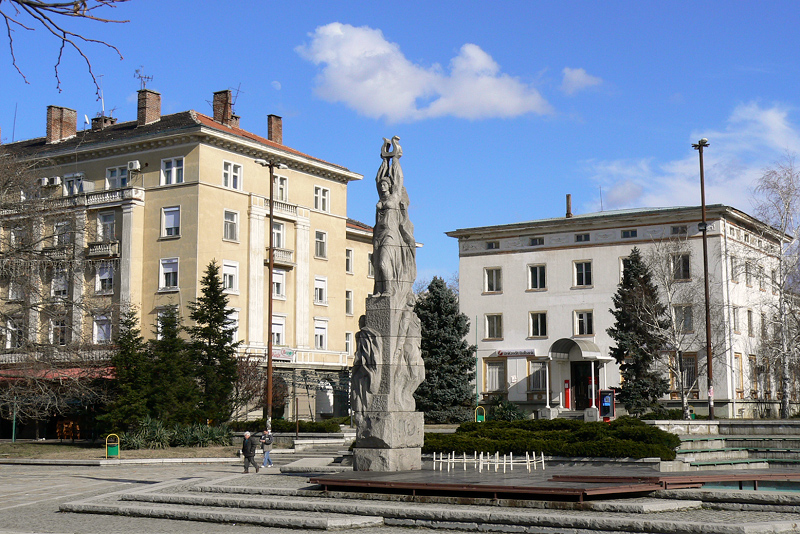 Poetry Square, one of the two enlargements of the Bulgaria Boulevard 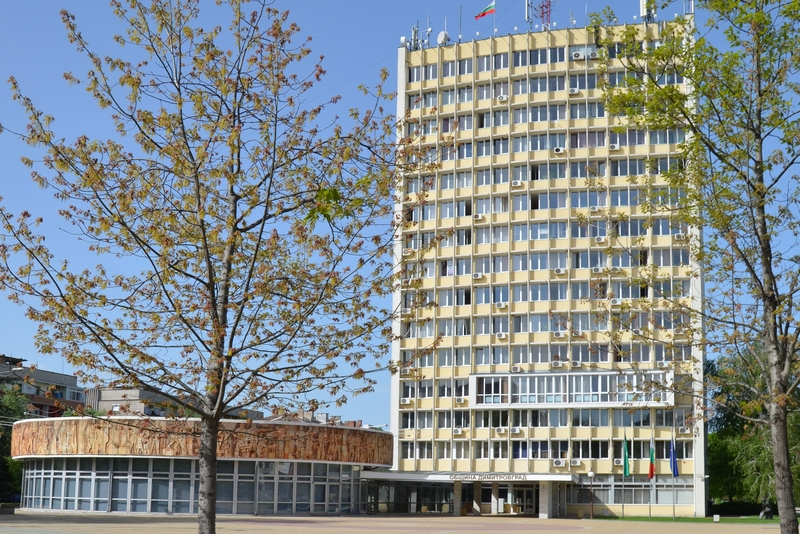 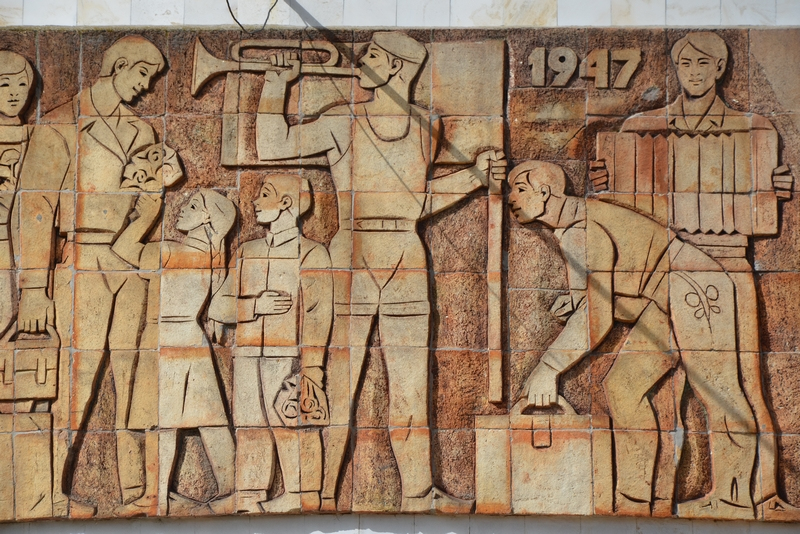 The ceramic composition of the town hall tells Bulgaria’s history. 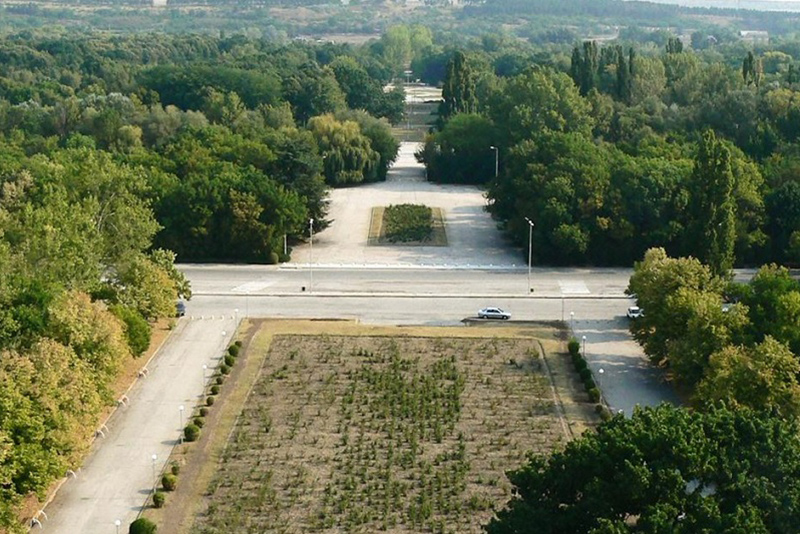 A showcase of propaganda

Dimitrovgrad is a microcosm of the developing socialist society in Bulgaria. Its town centre was supposed to display the power of the communist regime. It is one of the most glaring examples for the policy of tempting the masses and firing them with enthusiasm. In fact, the town was built thanks to the enthusiasm of the worker brigades. Immediately after the announcement of the creation of the town, Dimitrovgrad became an emblem of the victorious communist regime, an important part of the state propaganda.

Architect P. Tashev comments on the project as “a real architectural work, in which the greatness and the working enthusiasm will be reflected” and as “a grand monumental image of the town, worthy of our new socialist town, the town bearing the name of our dear and unforgettable Dimitrov”, Bulgaria’s first communist leader.

A mosaic of architectural styles

The area between Bulgaria Boulevard, Blagoev Boulevard and the Maritsa Park represents the architectural ensemble of the town centre, displaying various architectural styles. It combines ideas of modernism with the aesthetics of “socialist classicism” imposed by the Soviet Union, during the so-called Stalinist period. Furthermore, it displays influences of three other periods: the 1960s with the architecture of rationalism, the 1980s with the typical pedestrian zones and the post-communist architecture ot the 1990s.

The Bulgaria Boulevard features the classical three-part construction with two enlargements by squares and façade decoration in neoclassical style. At the end of the boulevard, the towering town hall displays Bulgaria’s history with a huge ceramic composition.

The Historical Museum and the Penyo Penev Museum complete the itinerary of the open-air museum.

The Petko Churchurliev Art Gallery hosts an important collection of works by Bulgarian artists of the socialist period.