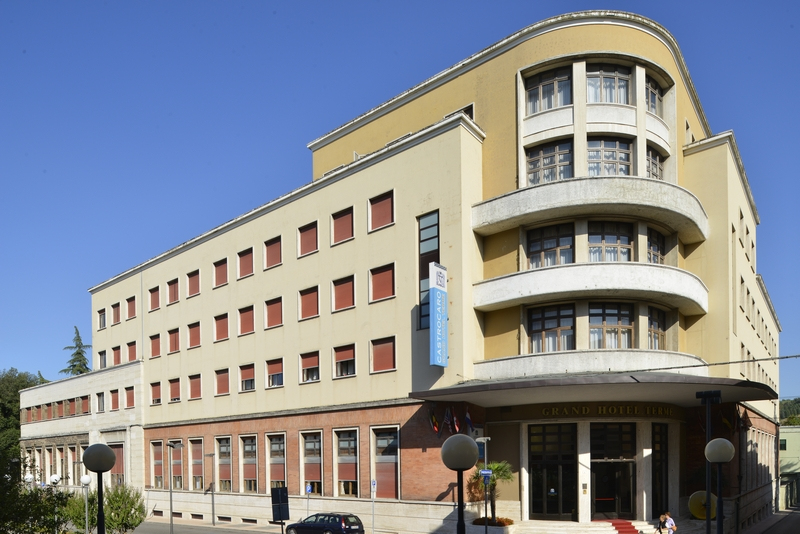 Grand Hotel of the thermal complex in Castrocaro Terme: fusion of modern architecture and Art Déco 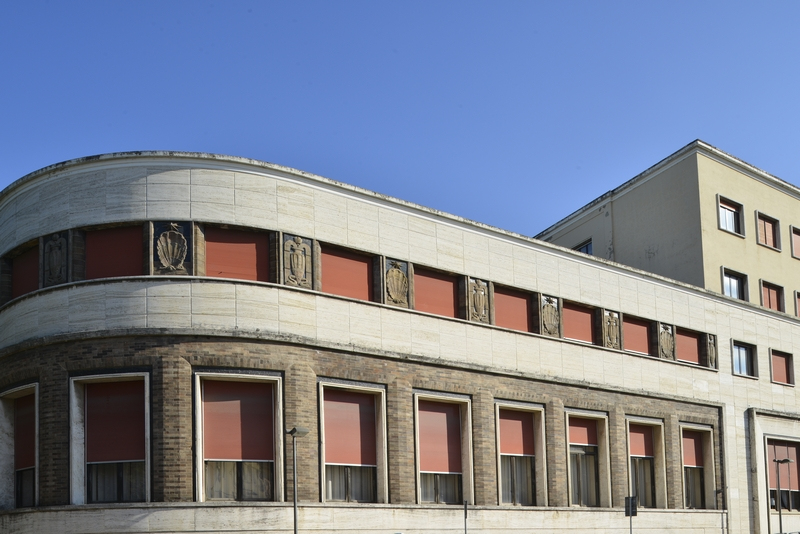 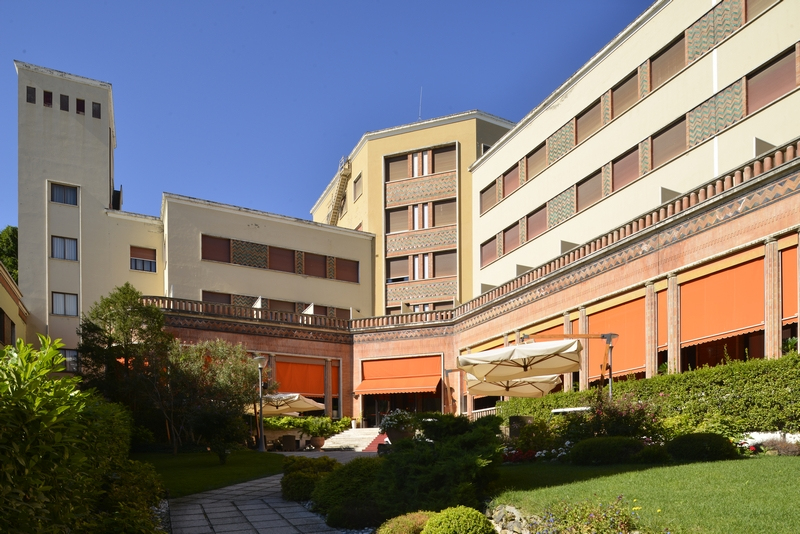 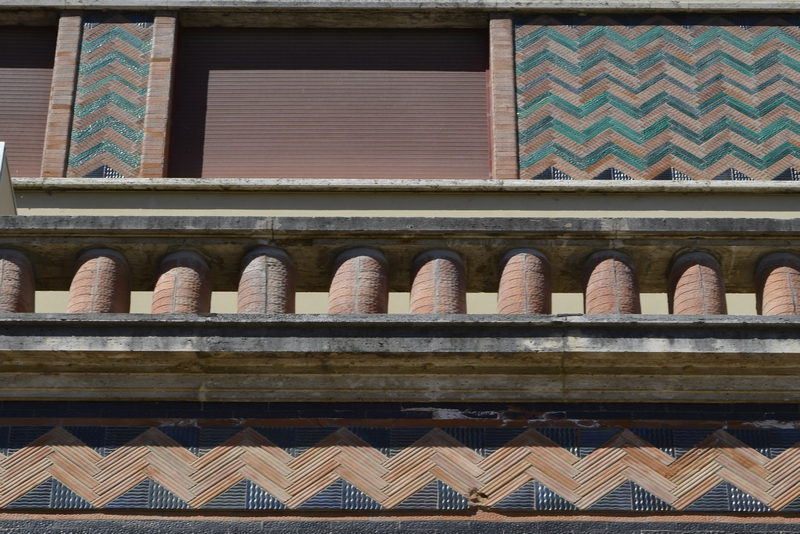 Detail of the façade’s ceramic decoration 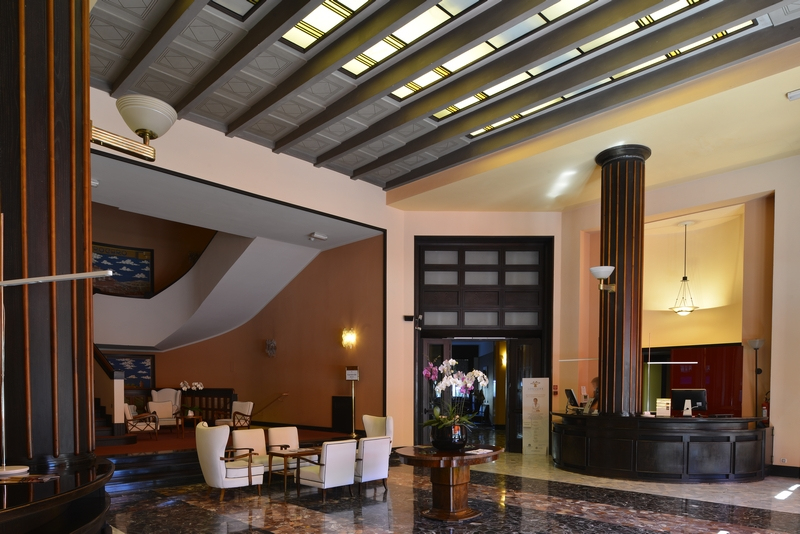 Chini’s decorations were of great originality: colourful skylights in the hotel’s entrance area

A place of contradictions

The modern and luxurious Grand Hotel of Castrocaro Terme destined to the recreation of an international clientele was not only a place of amusement, but also the place where the Fascist party planned the Italian “civil war”.

Two façades: between decoration and monumentalism

The luxurious Grand Hotel was built in 1939 upon the design of the engineer Rosario Pappalardo. In November 1939, the art consultant Tito Chini modified the original design, adding a floor, a splendid covered terrace facing the park and a new entrance. The artist skilfully combined modern architecture and the decorative style of Art Déco, celebrating water as the elixir of life. The building is characterised by two distinct façades. A colourful façade with ceramic decoration faces the park, while the façade facing the town is somewhat monumental, lightened by travertine and relief ornamentations representing motifs of Aquarius and the seashell.

Chini’s decorations were of great originality, as for example the bar counter decorated with ceramics or the colourful skylights in the entrance area. The “golden” paintings, which originally decorated the festival hall, today decorate the interiors of the Grand Hotel. By employing golden varnish, the artist created splendid paintings: one of a bright ocean floor, as well as a series of ten paintings displaying the seasons. The oriental influence is probably due to a collaboration with the Japanese artist Koichi Sato.

The hotel offered modern and spacious dining rooms, reading and meeting rooms, as well as 160 hotel rooms with bathrooms with the possibility to benefit from the thermal waters directly in the private rooms. With such modern facilities, enriched by splendidly decorated interiors, Castrocaro was able to compete with the major spa resorts in Europe. It hosted an international clientele, as well as political leaders to be received by Mussolini. Quite contradictorily, it was in the pleasant meeting rooms of the Grand Hotel designed for leisture that the Fascist party planned the Italian “civil war“ (1943-1945).

Located on the road between Ravenna and Florence, Castrocaro’s famous thermal waters are a major tourist attraction.

Terra del Sole is an ‘ideal Renaissance town’ built by the grand duke of Tuscany Cosimo I de’ Medici.