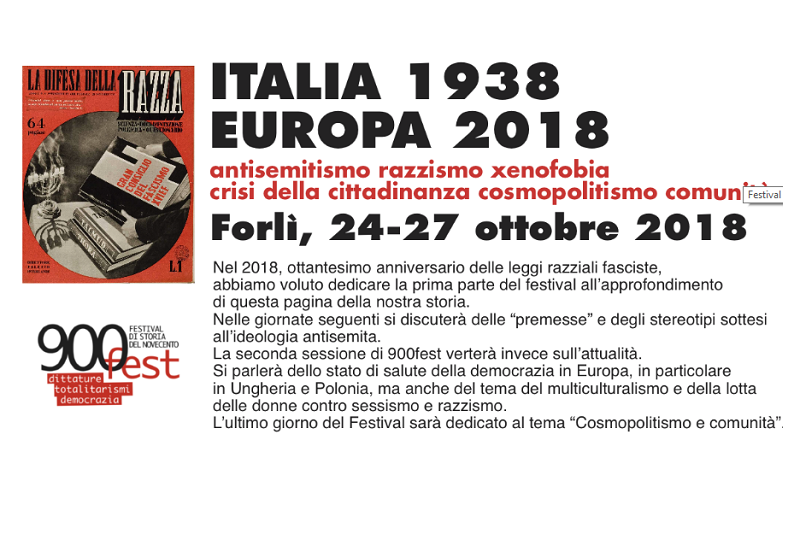 From 24 to 27 October 2018, the fifth edition of the 900 fest (European Festival of 20th Century History) is taking place in Forlì. This year's edition is entitled "ITALY 1938 – EUROPE 2018. Anti-Semitism, racism and xenophobia, crisis of citizenship, cosmopolitanism and community". The event is organised by the Fondazione Levin, with the support of the ATRIUM Association.

In occasion of the 80th anniversary of the Fascist racial laws, the first part of the festival is dedicated to the premises and stereotypes of anti-semitic ideology. The second part looks at the present, discussing the well-being of our democracies, especially in Polonia and Hungary, multiculturalism, and women fighting agsins sexism and racism. The last day of the festival is dedicated to "cosmopolitanism and comunity".