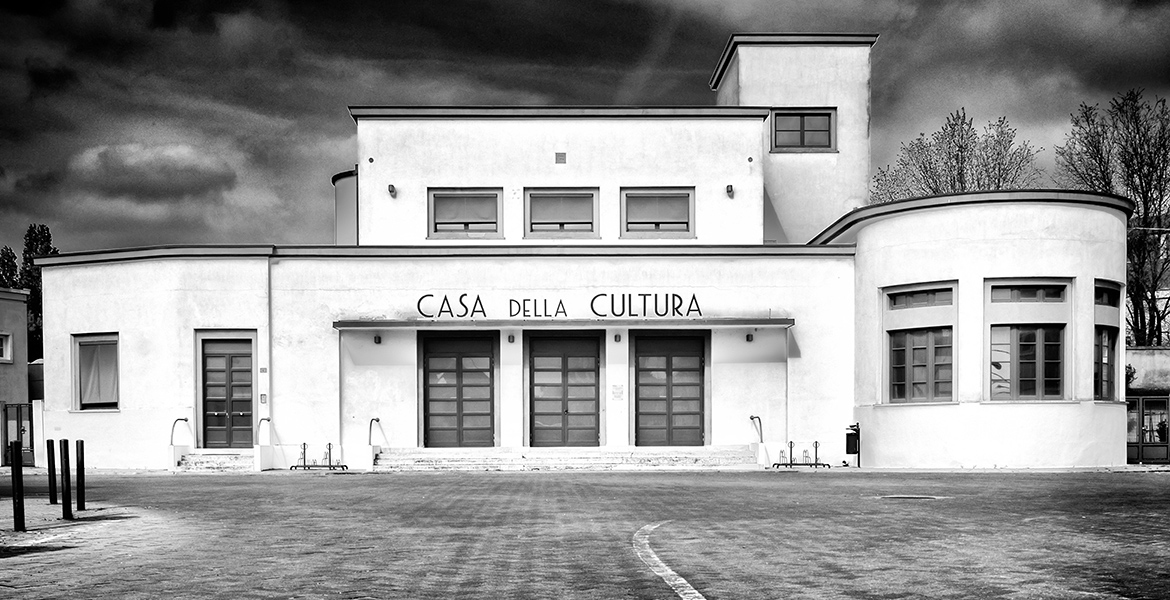 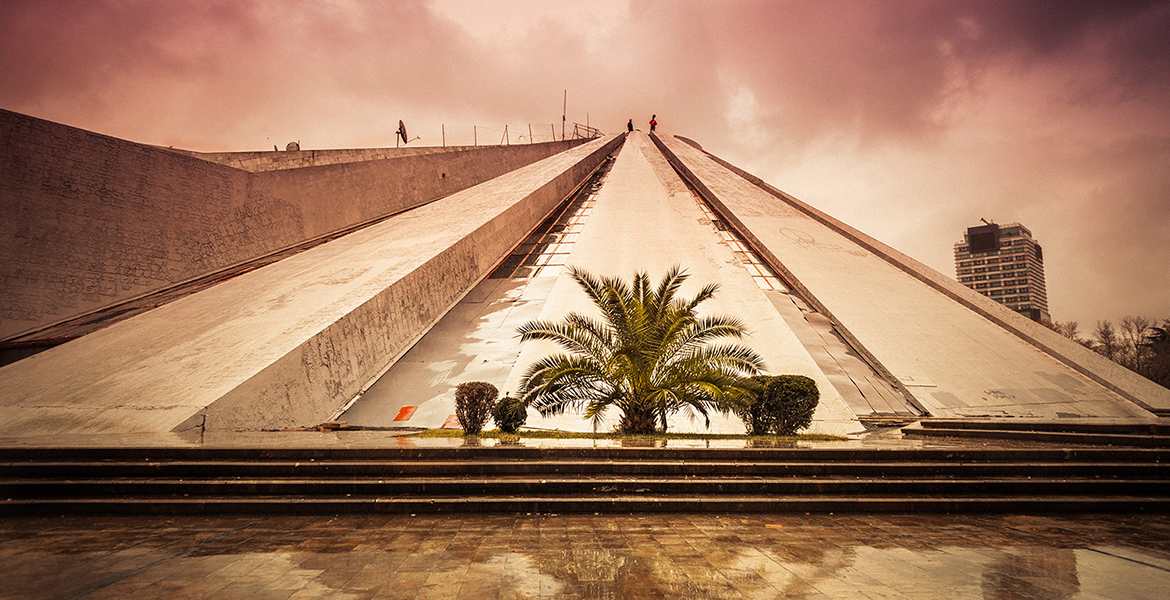 A mosaic of architectural styles 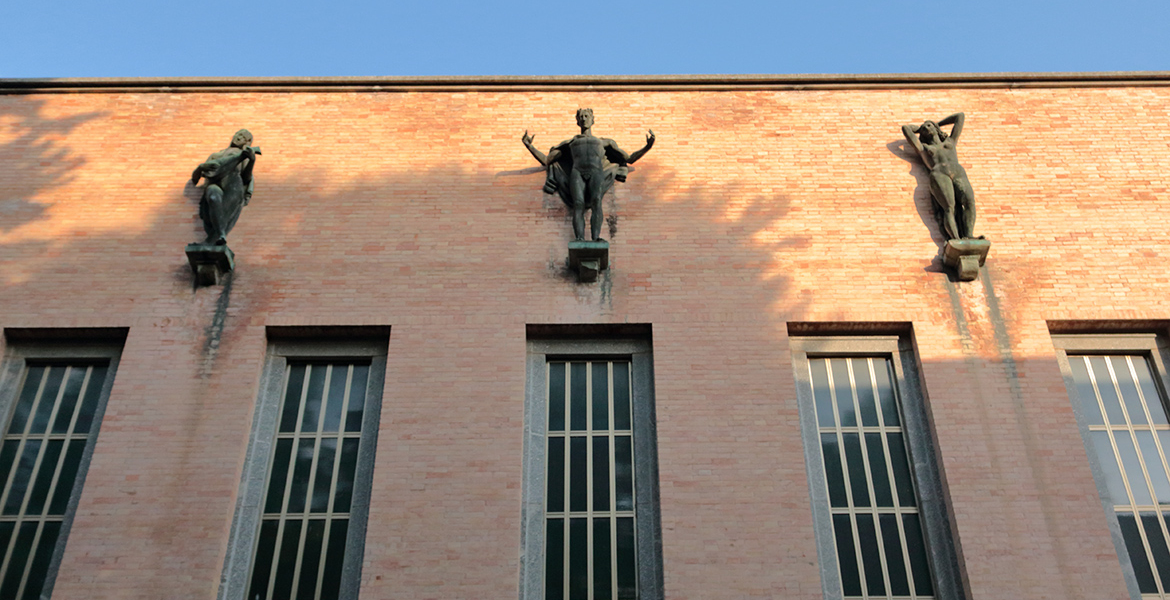 Rationalist traces in a Renaissance city 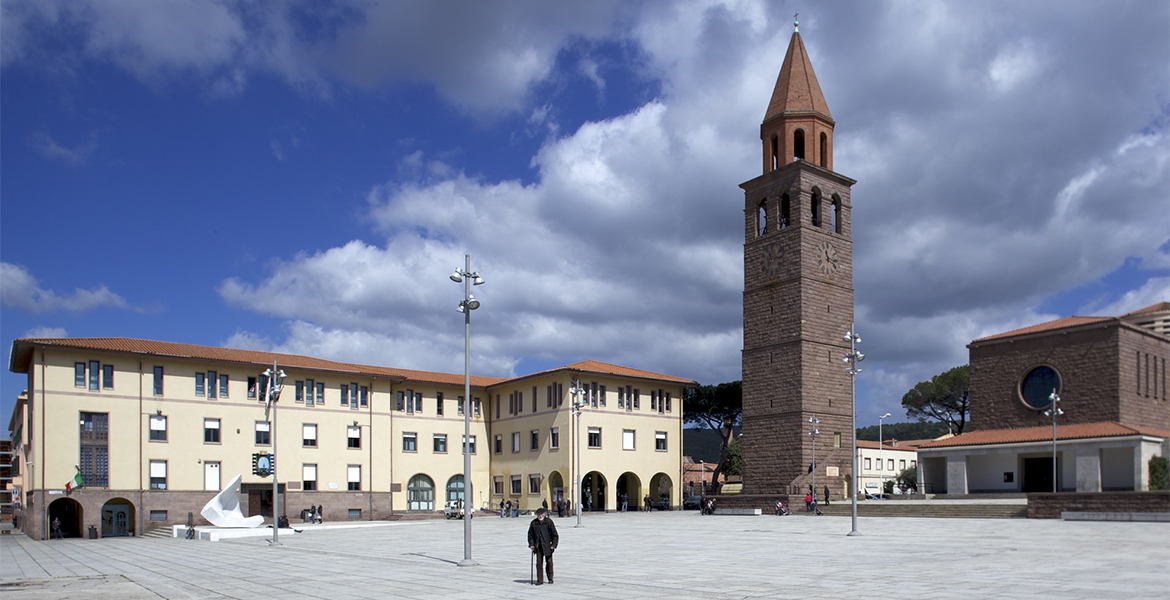 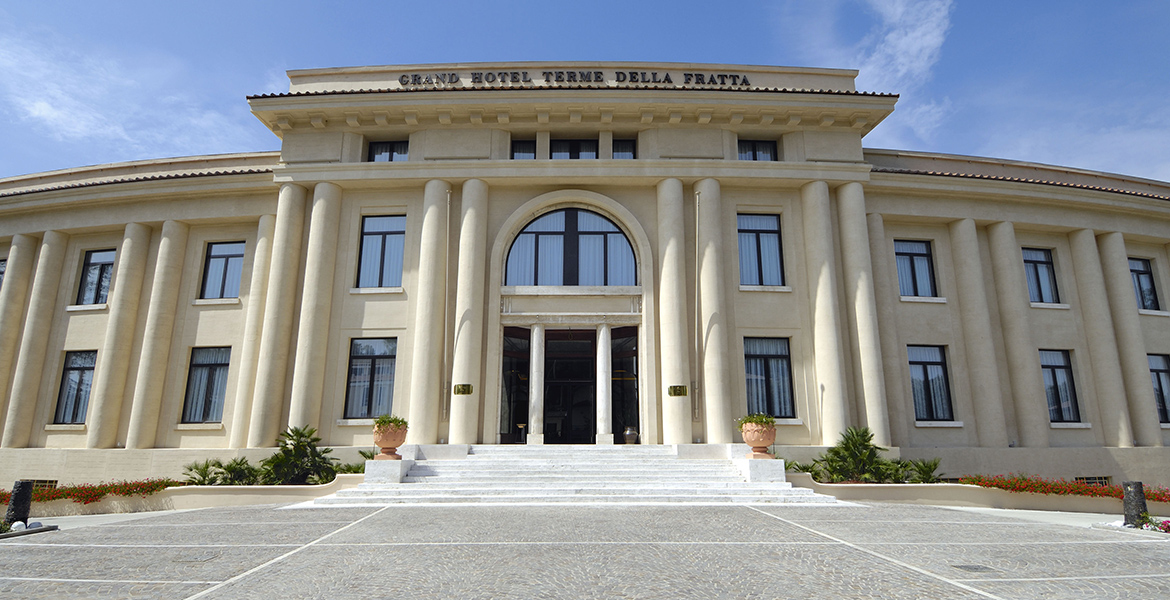 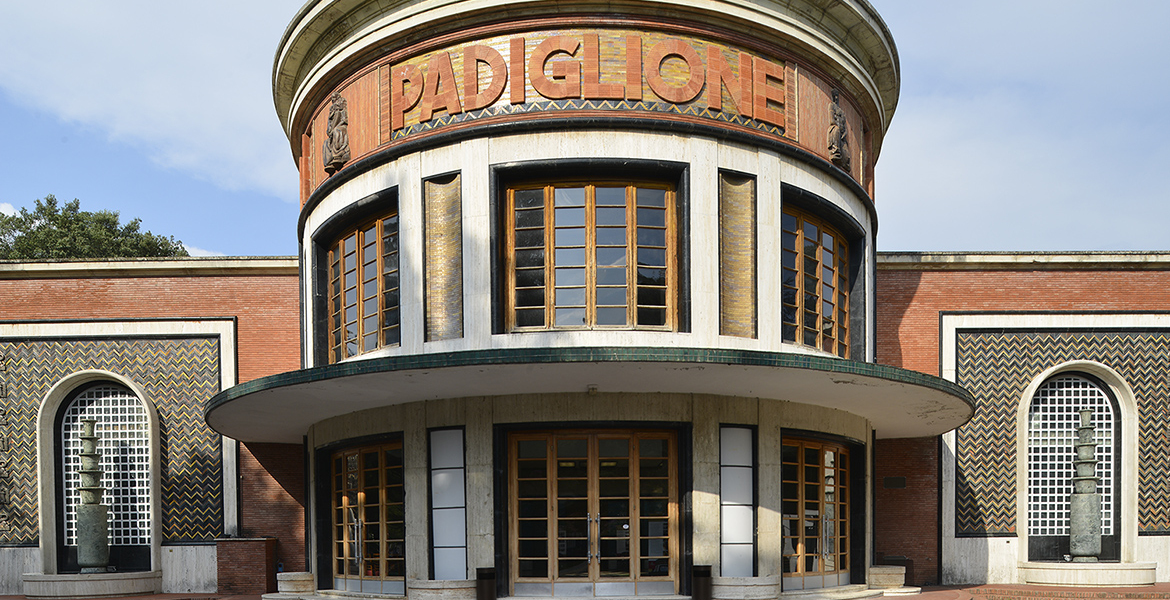 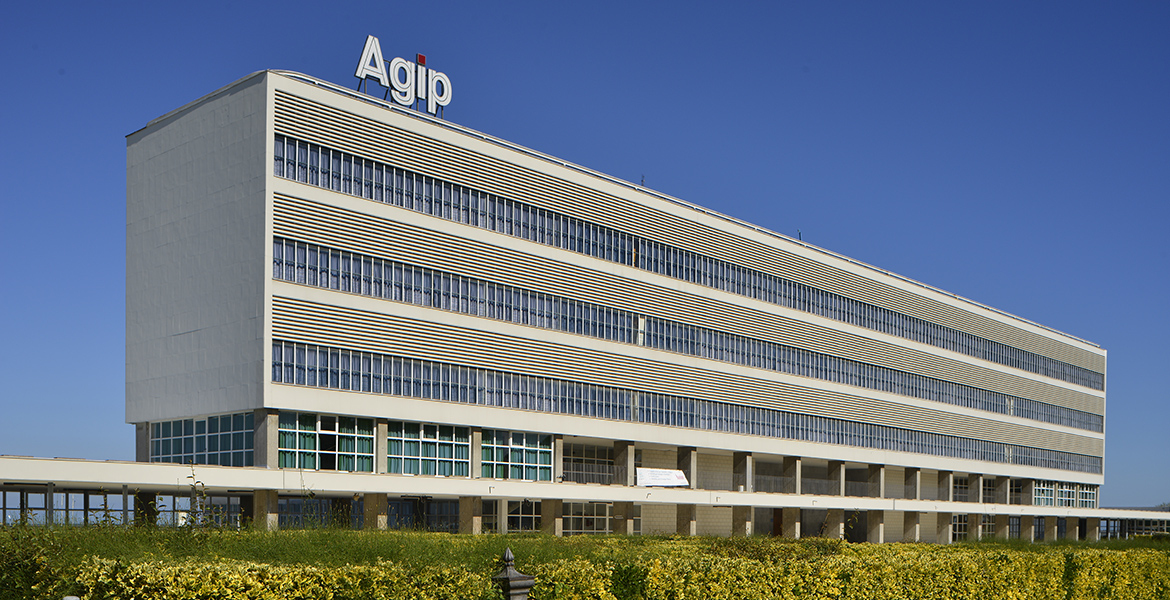 Between modernism and Stalinist architecture 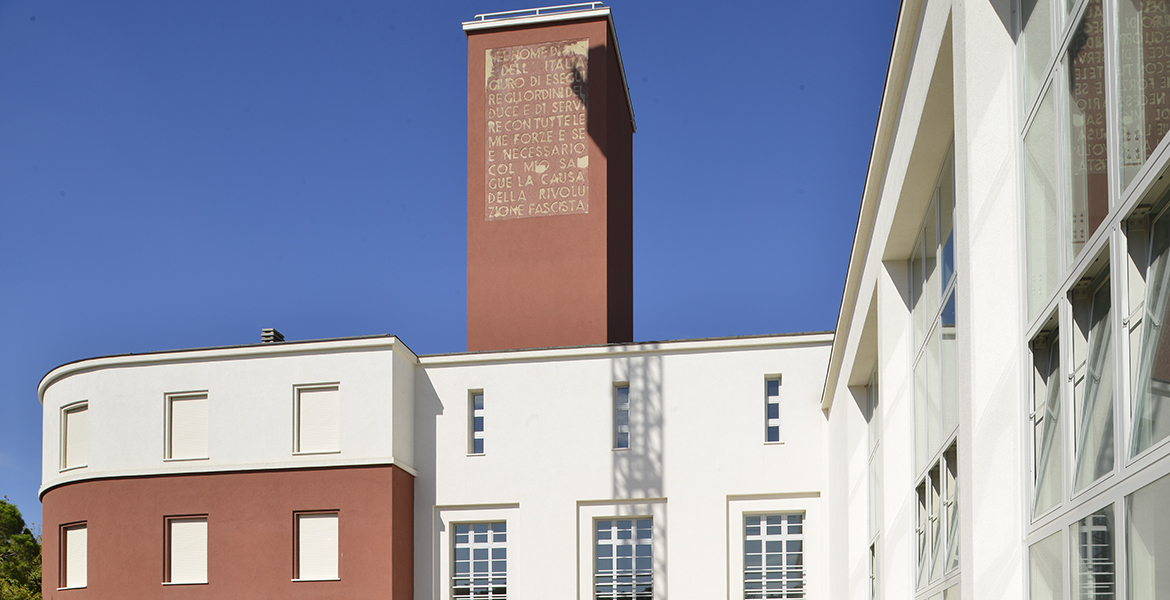 Showcase of modernity – a story of contradictions 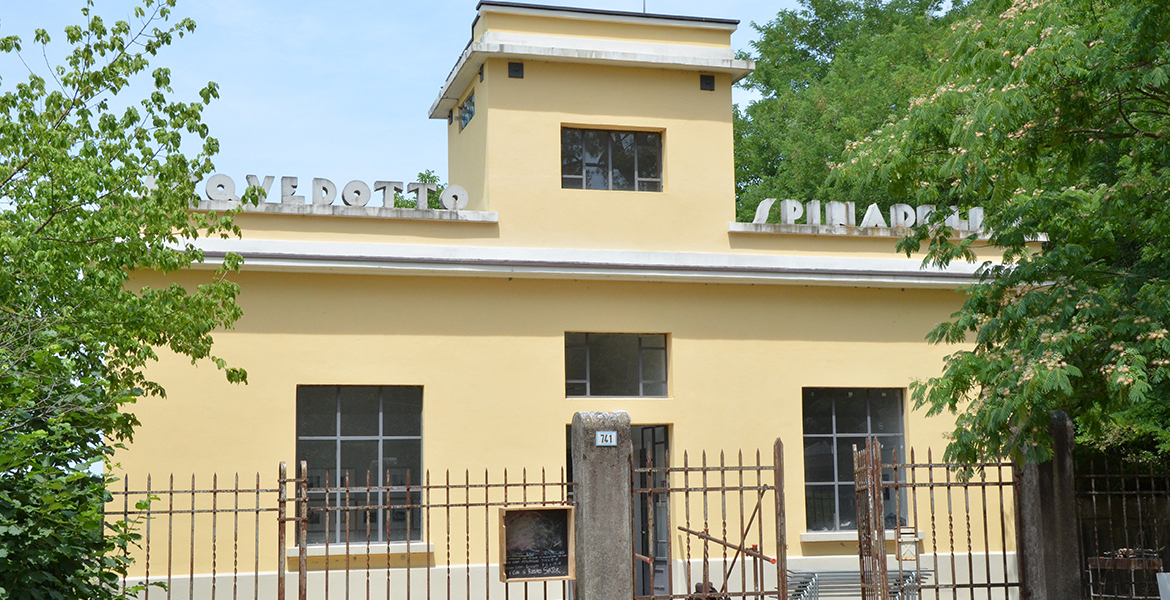 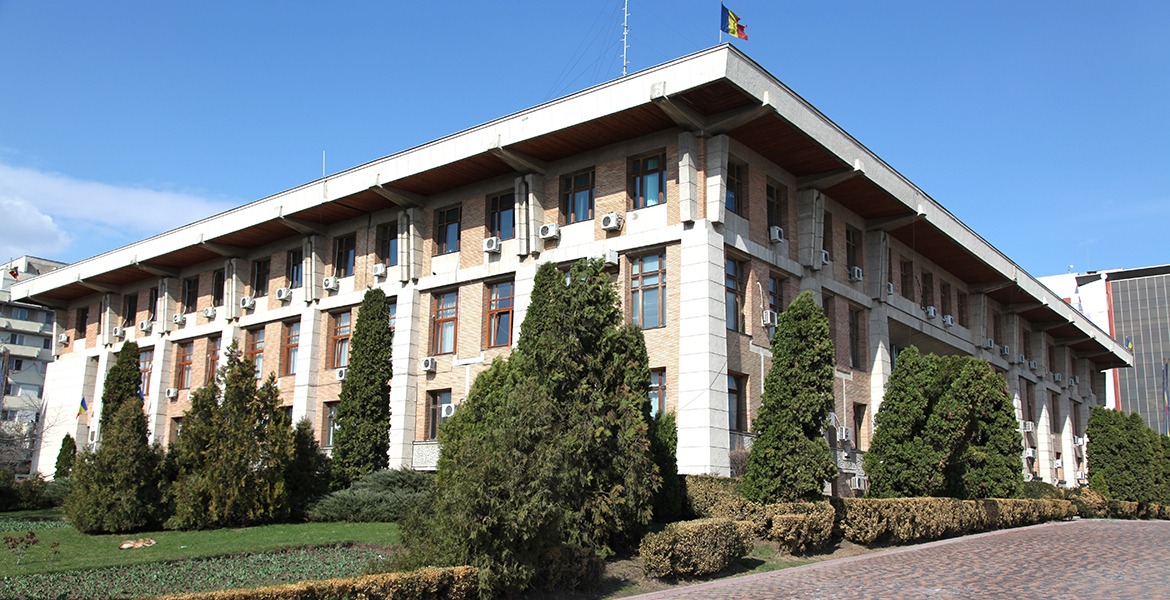 Modern and ancient, side by side 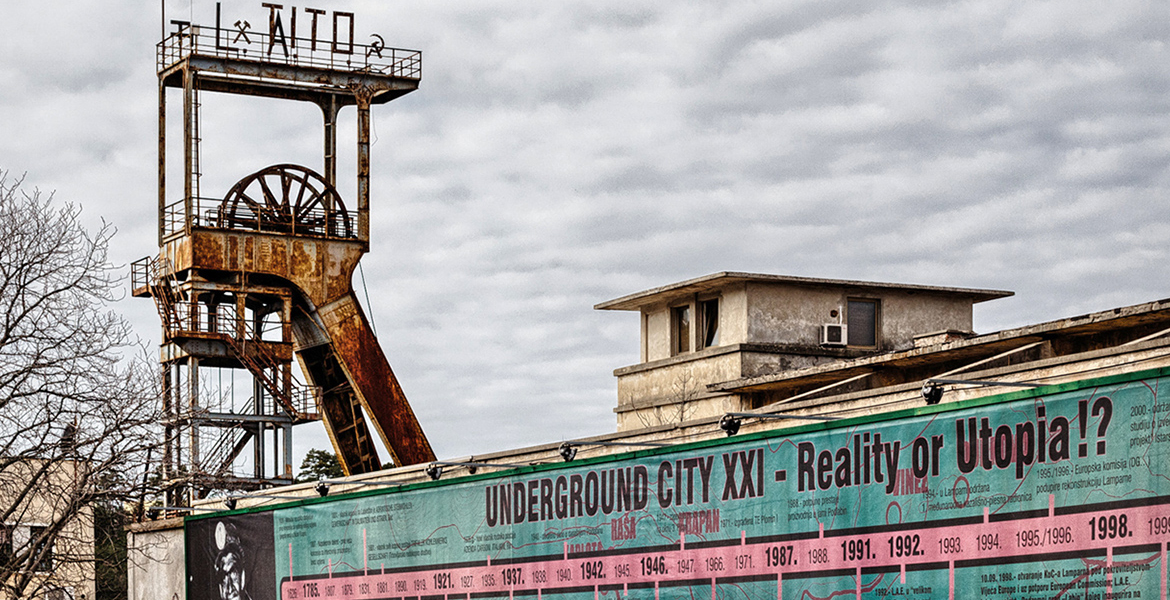 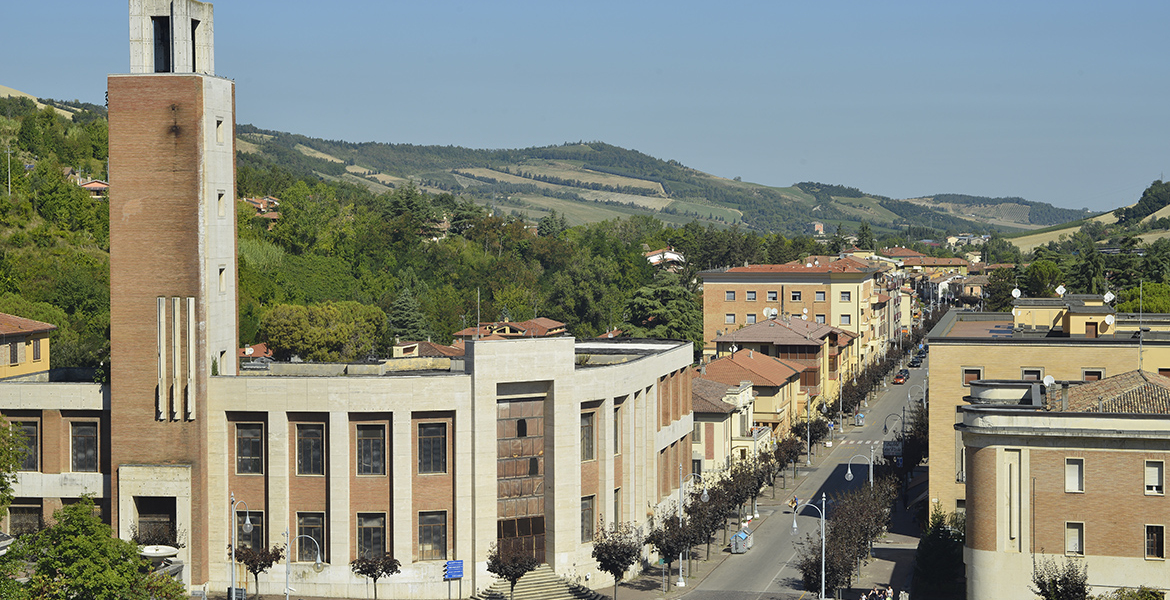 From pilgrim destination to site of critical reflection 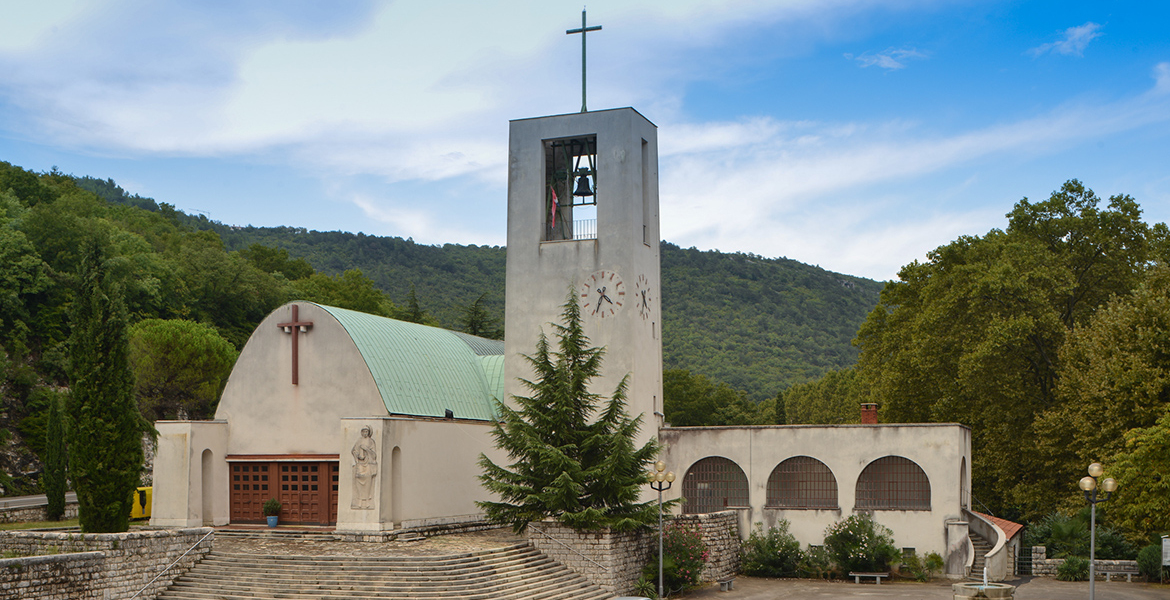 Between Istrian tradition and modern architecture 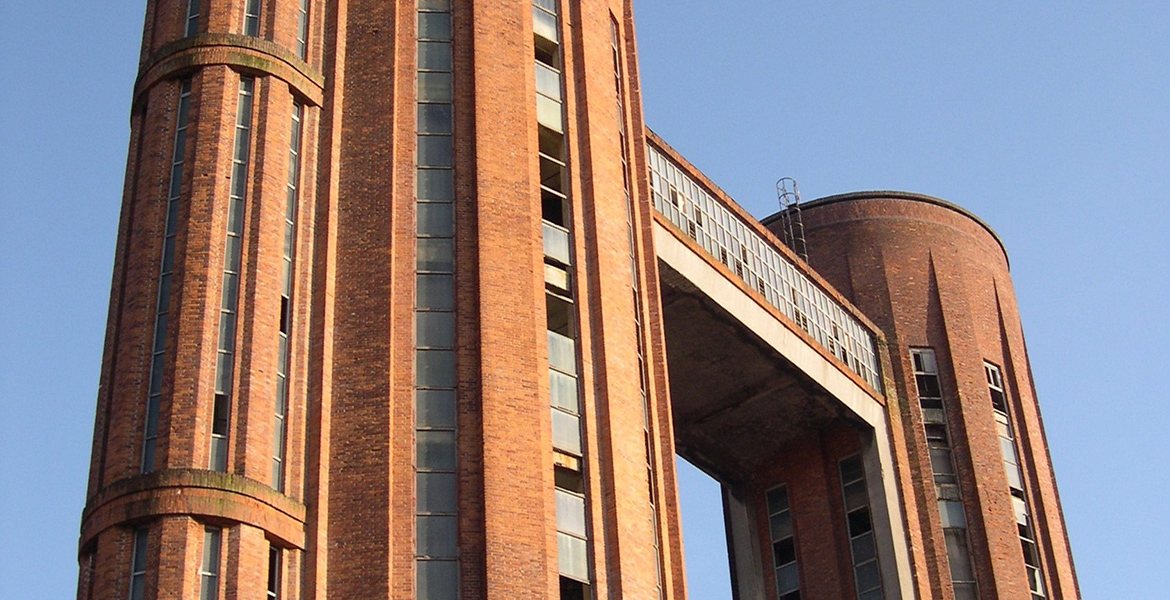 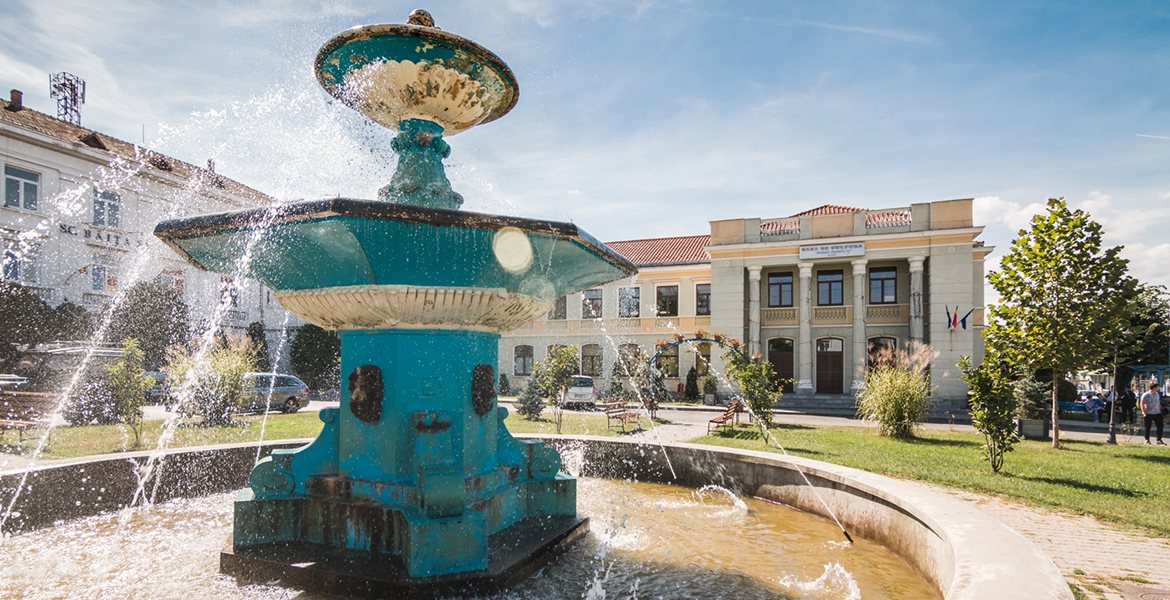 Witness to a period of totalitarian post-war regimes

The imposing structure designed by Eugeno Faludio was inaugurated on 24 August 1939 with the typical Fascist military parade. Immersed in an area between beach and pinewood, the Montecatini holiday camp could host 1500 children and young people every year – a place of Fascist indoctrination and propaganda.

Between welfare and ideology

During the 1930s Mussolini promoted the development of holiday camps (colonie) for workers’ children as part of his social and health program. At the same time, they are witness to of the regime’s policies of Fascist indoctrination and propaganda.

The Fascist regimes pursued a dual aim with the colonie: demographic increase and enhancement of the Italian race on the one hand, and consensus building and Fascist indoctrination on the other. In fact, the holiday camps were intended to guarantee the health of children and young people to become healthy citizens and strong soldiers, as well as to educate them according to the principles of discipline, obedience, and loyalty to the Fascist cause.

The design of the complex building was functional to the everyday life in the holiday camp. The structure offered the perfect space to carry out a strict everyday routine: marching, flag-raising, saluting, gymnastics, and physical as well as political education.

It consisted of medical care pavilions, kitchens, a refectory, a laundry, and staff and guest rooms. In the part dedicated to the children, there were classrooms, armories, libraries, a large recreation room and the church. The children’s dormitories were housed in an impressive building 122 meters long on 4 floors and accessed by a ramp, called the Arengario tower.

Architecture and propaganda - A ramp towards the sky

The imposing structure built in rationalist style aimed at demonstrating the avant-garde spirit of the Fascist regime. An impressive ramp (a 50-meter-high tower with an open stairway) was supposed to symbolize virility and modernity. Moreover, it helped create the Fascist spectacle and demonstrate the athletic talent of the Fascist youth. A large arch at the entrance suggested Fascism’s imperial ambitions and the link to the imperial Roman heritage. With the triumphal arch, the architect Faludi had emulated the arch designed (but never built) for the Universal Exposition in Rome.

Like other holiday camps, during WWII, it was used as a military hospital. By 1944, it was occupied by German troops who destroyed the base of the tower causing it to collapse. The tower was rebuilt in the 1950s at an inferior height. Since the 1980s, the huge modernist building has been abandoned. Like many of the colonie – once a place of health promotion and Fascist propaganda, today the Montecatini holiday camp is slowly decaying, reminding us of an uncomfortable past.