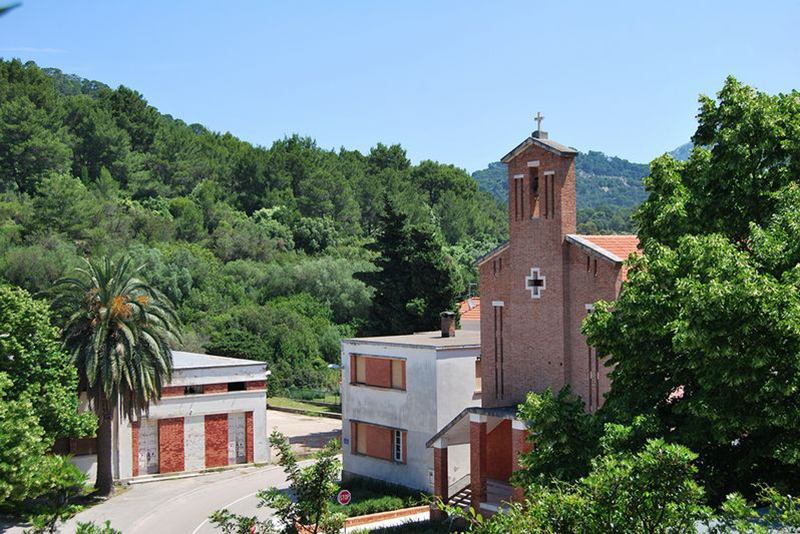 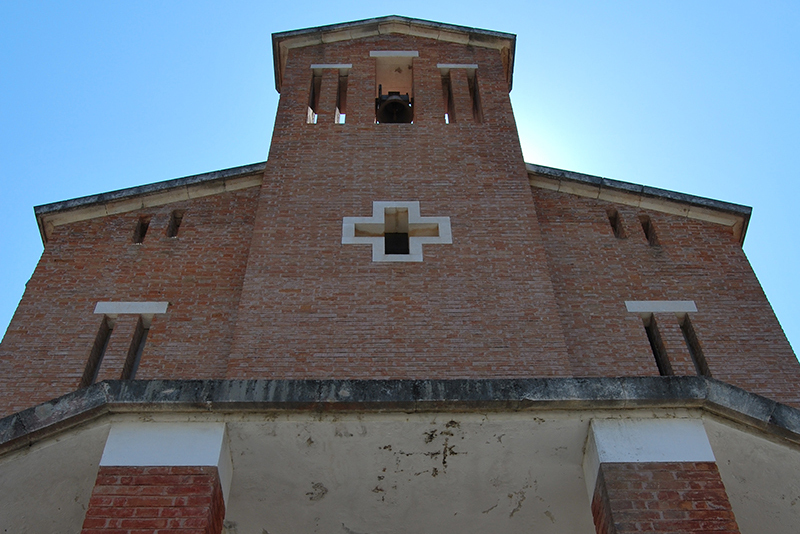 St. Peter Church in the style of Italian Novecento 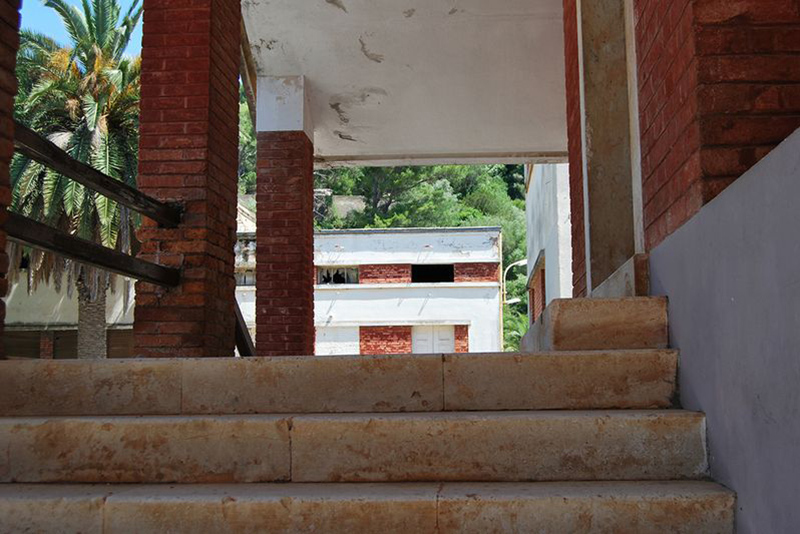 View on the Casa del Fascio from below the church porch 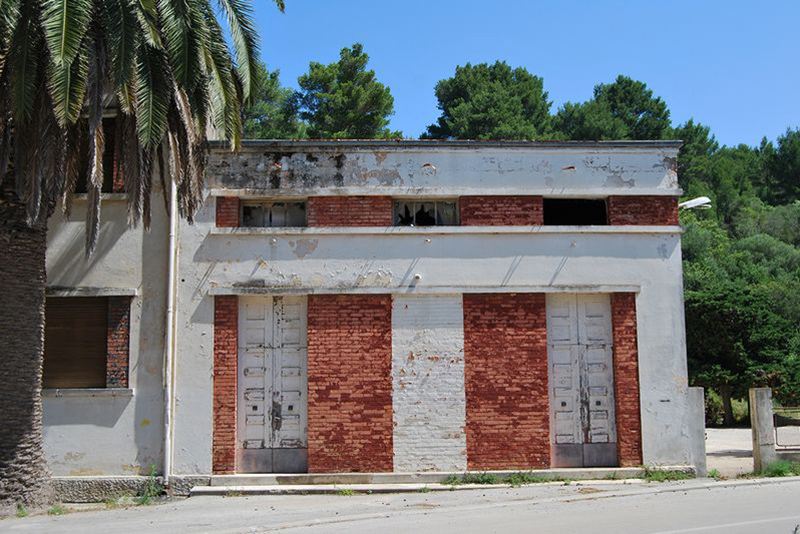 Former Casa del Fascio in the style of Italian rationalism After WW II, Tito’s communist regime turned Uble into a military base; and constructed a military hotel in the 1970s. 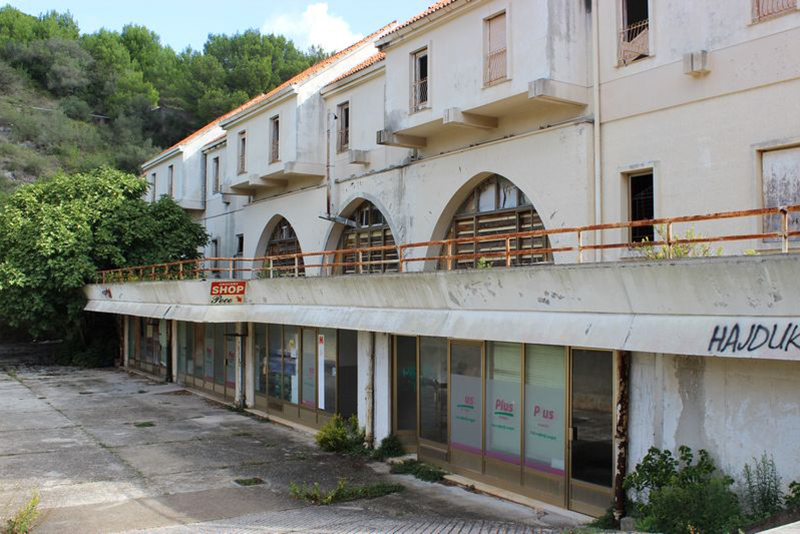 The Yugoslav military hotel built in 1974 replaced the school canteen built under the Fascist regime.

The small town of Uble, and in particular its central square, display some of the most important examples of the Italian Novecento and rationalism in Croatia.

St. Peter’s Square is connected on a straight road to the sardine factory (today, completely destroyed) and the port. Its urban design forms a rectangular space corresponding to the golden ratio (1:1.618), which has been employed by some 20th century architects, such as Le Corbusier, believing this proportion to be aesthetically pleasing. The square is surrounded by public buildings: a church, an elementary school, a school canteen, a parish office, the former Casa del Fascio (Fascist party building), and the former Casa del Dopolavoro (Fascist community centre). Most of these buildings are currently either abandoned or used as residential houses, whereas the church still serves its original function. Today, there are various projects for the revitalization of the mostly abandoned urban infrastructure.

Except for the church, all the buildings have been consistently designed in the spirit of modern architecture, i.e. Italian rationalism: pure geometric (cubical) forms without decorations, flat roofs and horizontal windowsills of reinforced concrete. Differently, St. Peter’s Church is designed in the style of the other major current of modernism: Italian Novecento. The grouted bricks are elegantly employed on the high narrow windows. Apart from its central position, the church is also given importance through an imposing façade with a central bell tower.

After WW II, when Tito’s communist regime turned Uble into a military base, the former school canteen was replaced in 1974 by a huge military hotel for the Yugoslav troops, today totally abandoned.