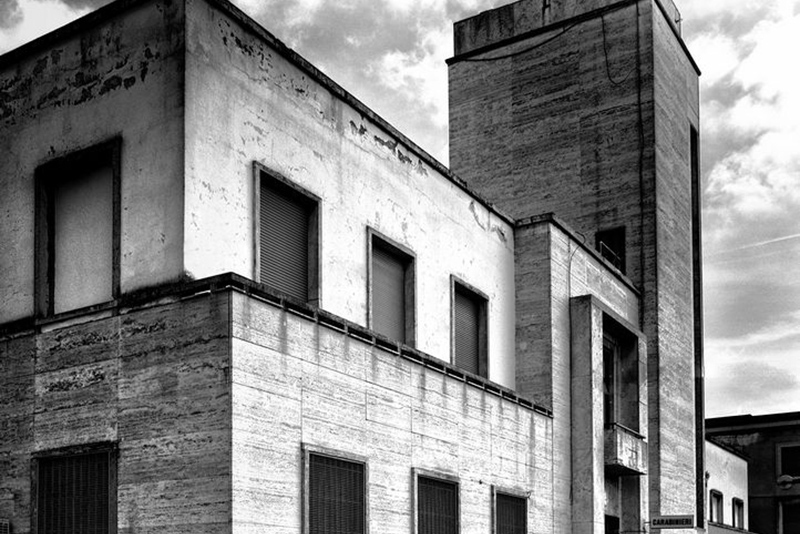 A building of power

Tresigallo’s Casa del Fascio was located in the main boulevard (Viale Roma), a kind of stage setting boasting symbols of the Fascist rhetoric. The Fascist party building was a new type of building, supposed to represent the power of the regime. In fact, alongside the political and administrative function, the building was an important instrument of Fascist propaganda.

Tresigallo’s Casa del Fascio was designed in the monumental sttile littorio. This architectural style developed by Marcello Piacentini perfectly reflects Fascist rhetoric, recalling classical elements to link the power of the Roman Empire to the Fascist regime. Monumentality is enhanced by a massive Lictorian 12 metres tower. Roman travertine covers the entire façade of the building. Another element of Fascist propaganda was the typical balcony, from which political leaders could address the public.