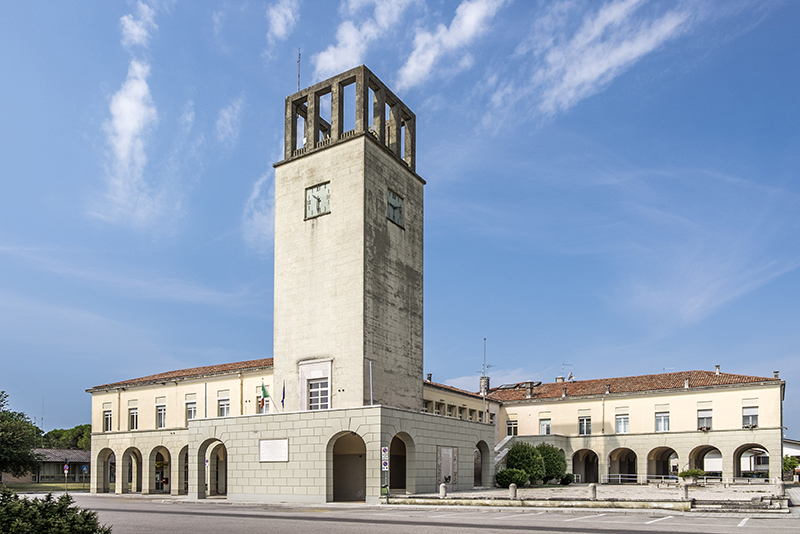 Town hall with tower and balcony, typical for the regime architecture 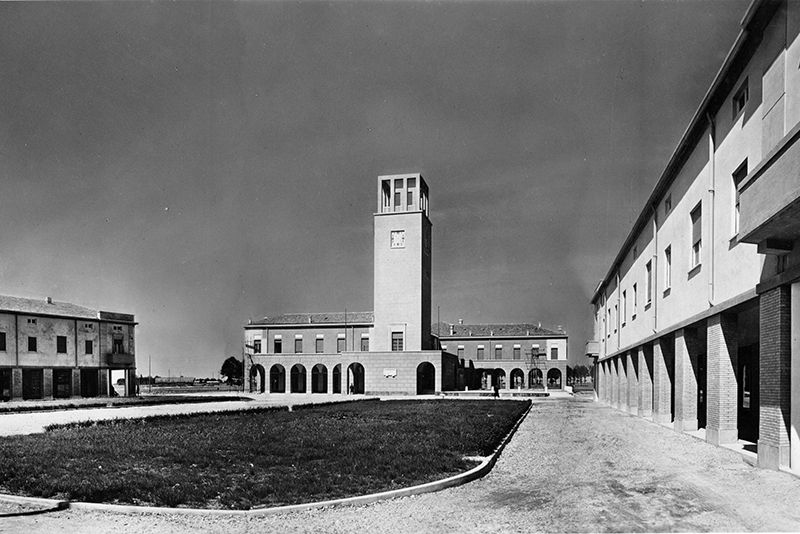 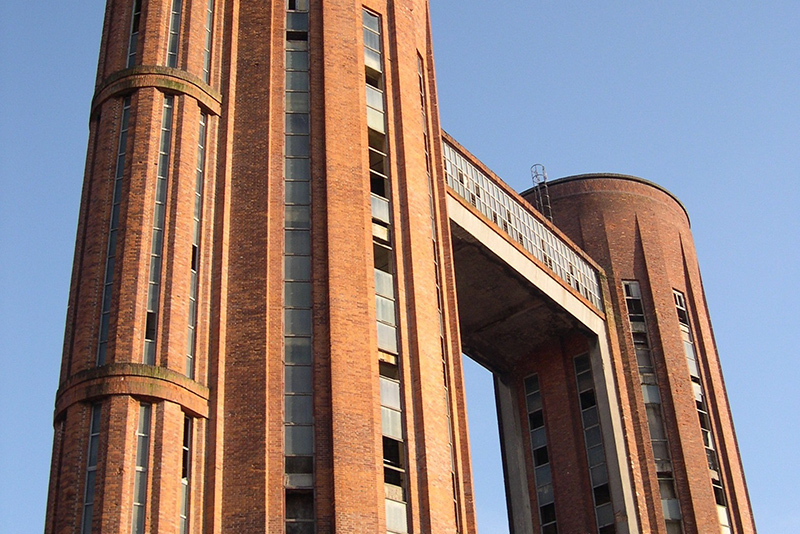 Torviscosa is one of the seventy planned communities or towns (città di fondazione) built during the Fascist period and characterised by regime architecture and rationalist design. This industrial town was founded in 1937 around the factory SNIA Viscosa, which produced artificial textile fibres from cellulose.

Fascist Italy’s policy of economic self-sufficiency encouraged the company to find a way to produce cellulose using home-grown raw materials. The under-cultivated plains of Friuli were the ideal location for an “autarchic” experiment, namely the large-scale cultivation of giant cane for the production of cellulose. Between 1937 and 1940, SNIA Viscosa built a new industrial complex. The most emblematic elements of the industrial plant are the two 54m-high Torri Littorie. Their shape recalls the Roman fasces (fasci littori), symbols of strength and unity, from which the term “fascism” derives.

Torviscosa, as most planned communities or towns, is characterised by the typical architectural features of the Fascist regime that here can be well recognised in the central square inspired by the Giorgio De Chirico's metaphysical paintings. According to the typical modern concept of functional zoning, the town was arranged in different zones: the city centre with the main square and schools, the recreational zone with the theatre and sports facilities, the industrial zone and the hierarchically divided residential zone.

Dealing with the industrial heritage

Today, this built heritage of Torviscosa is well-preserved. By means of a project co-financed by the European Union, the former documentation centre of the SNIA Viscosa company (CID) has recently been restored. Once a place to celebrate the company and consequently also the Fascist regime, today the CID hosts a documentation centre which explores the history of the “town of autarchy and cellulose” in a critical way.