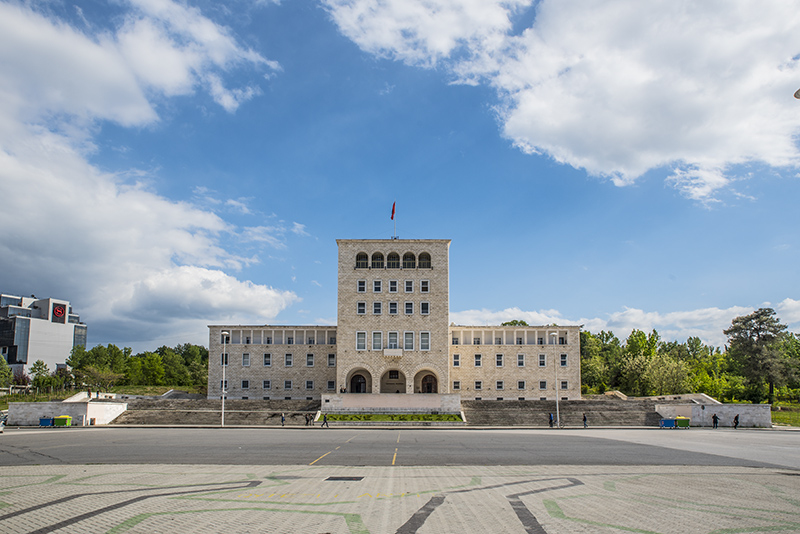 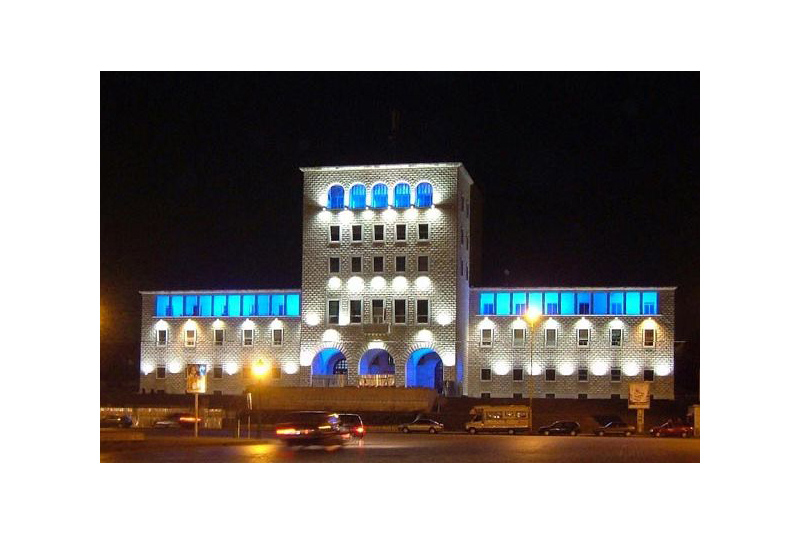 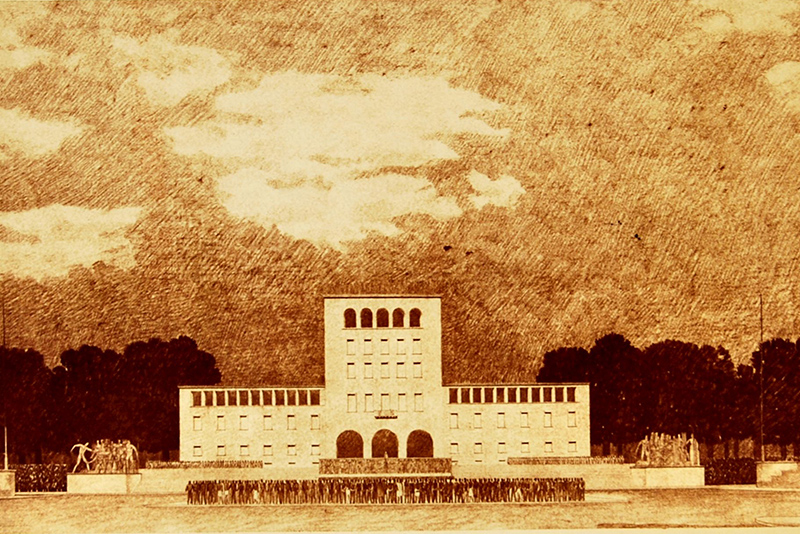 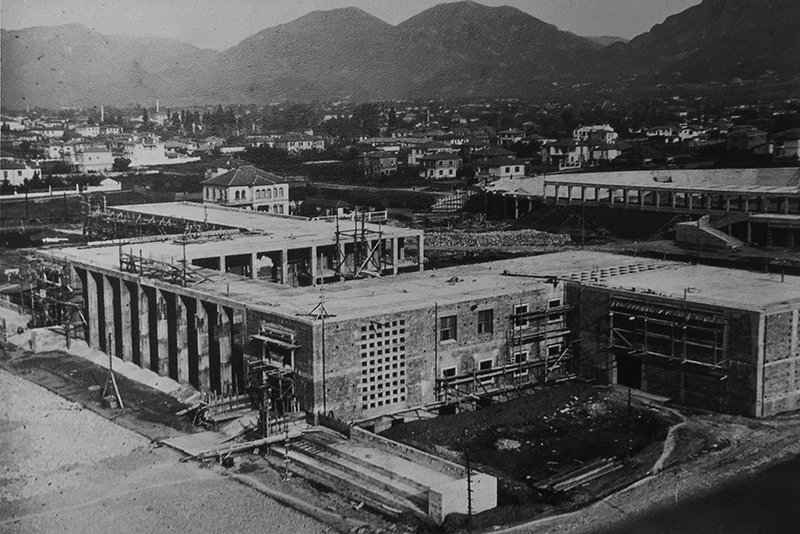 Construction of the Fascist sports and youth centre, today the Archaeological Museum

Once a symbol of Fascism, today an intellectual hub

The Italian architect Gherardo Bosio designed the Littorio Square (today Mother Teresa Square), inspired by a monumental rationalist style. With the Fascist party building (the Casa del Fascio), the Fascist community centre (the ODA building) and the Fascist sports and youth centre (the GLA building), the square represented a political nucleus of Fascist ideology. Higher than other buildings, the Casa del Fascio was supposed to dominate the town - materially and morally. Today, these former Fascist buildings host the Polytechnic University of Tirana, the University of Fine Arts and the Archaeological Museum. Once a symbol of Fascist ideology – it is today a hub of knowledge and culture.

The Casa del Fascio (also Palazzo Littorio) was designed by Gherardo Bosio (1939-1940) and finished in 1942. This monumental building is characterised by compact parallelepiped columns that give the impression of a Roman fortress and evoke the traditional Albanian tower. Today, the monumental building hosts the Polytechnic University of Tirana.

The former Fascist community centre ODA (Opera del Dopolavoro Albanese) is characterised by linearity and a single main façade. The central entrance is completed by expansion at its side wings. Today, the monumental building hosts the University of Fine Arts.

The former Fascist sports and youth centre (the GLA building) is a U-shaped building. Originally, it was connected to a huge sports stadium, which has recently been demolished. Today, the immense building hosts the Archaeological Museum.