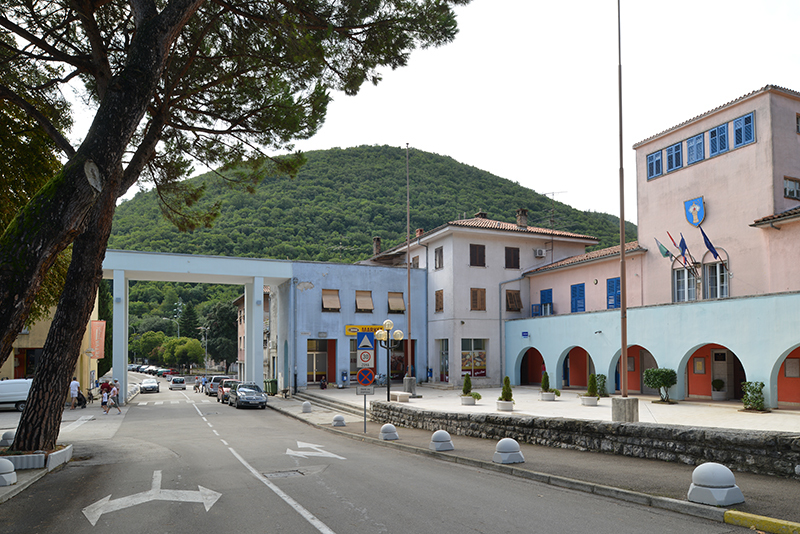 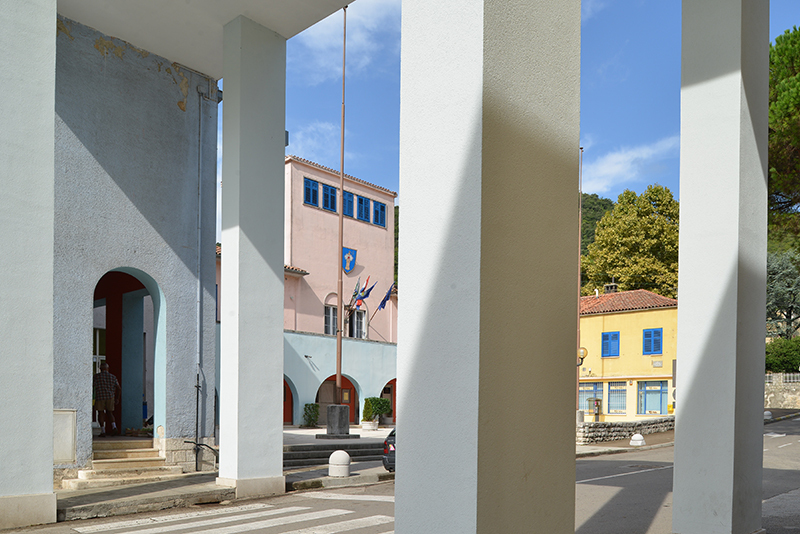 Passage connecting the main square with the residential areas 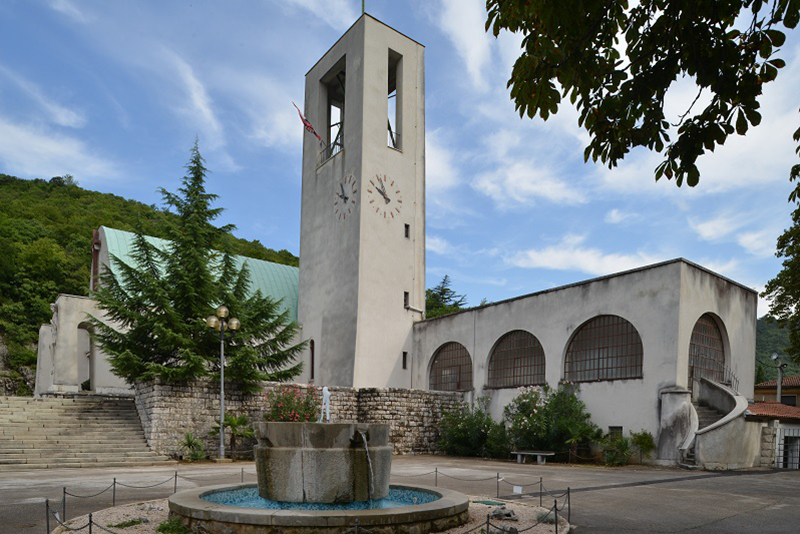 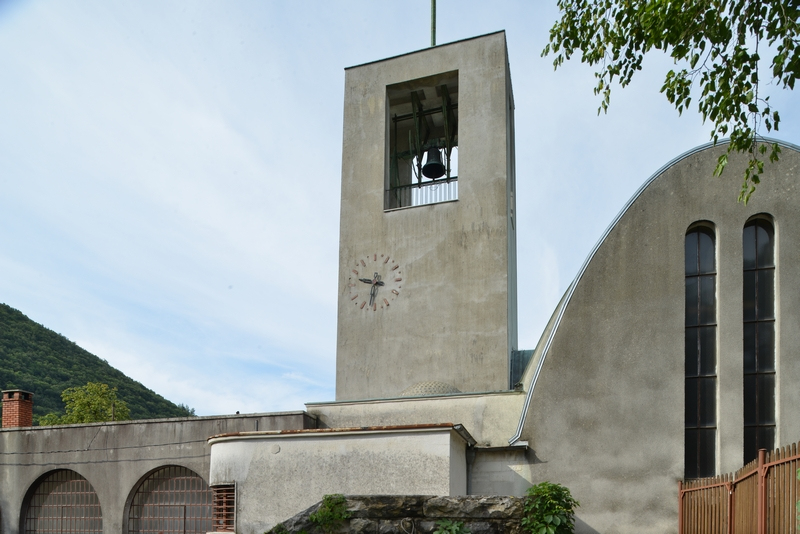 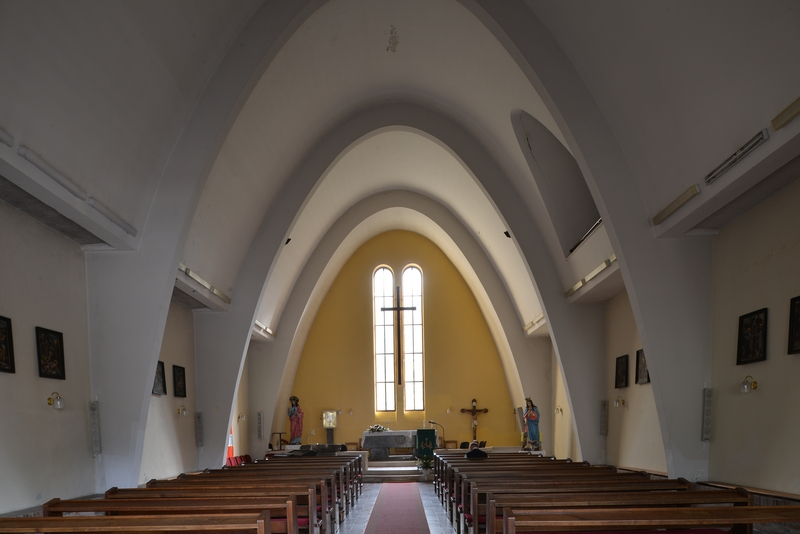 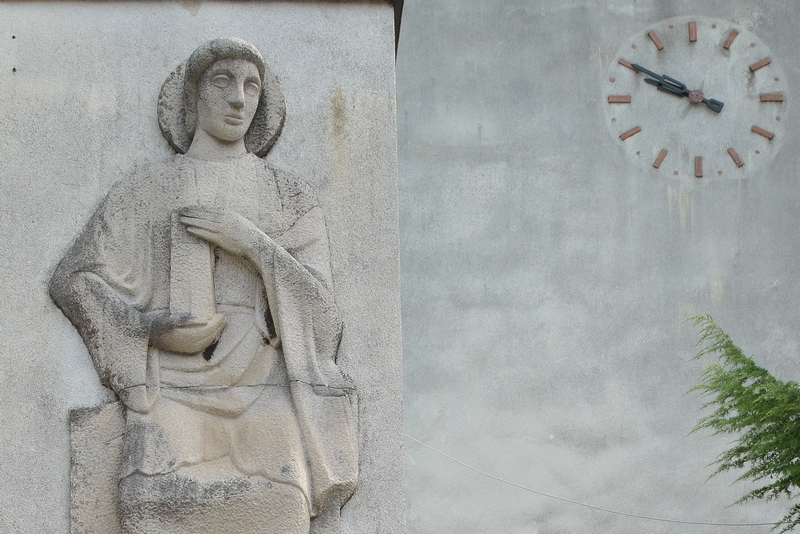 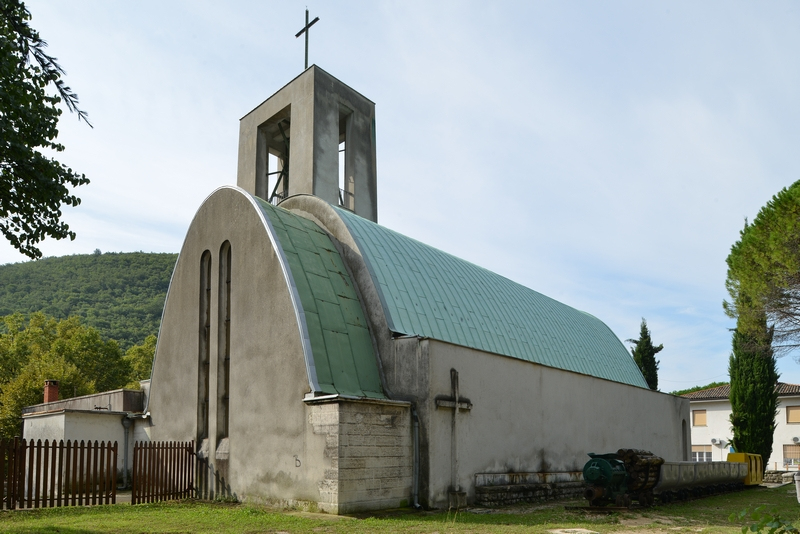 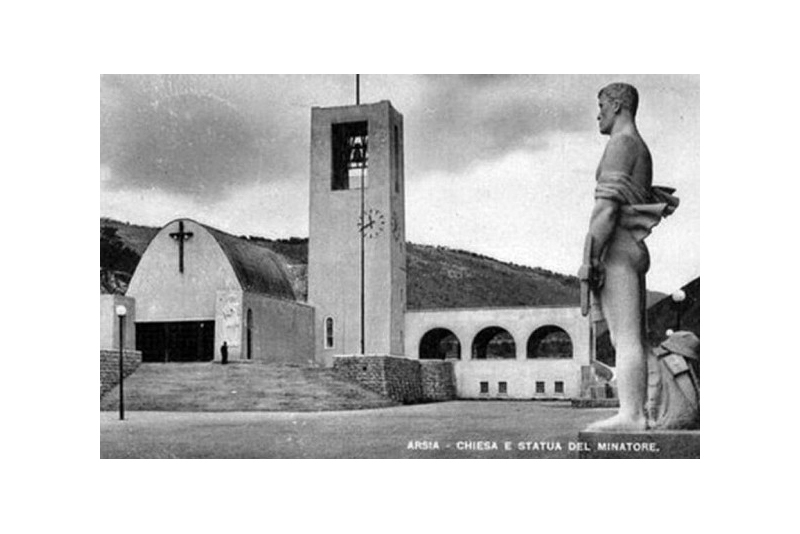 1938: Marcello Mascherini’s sculpture of a mine warrior, which was destroyed after WW II 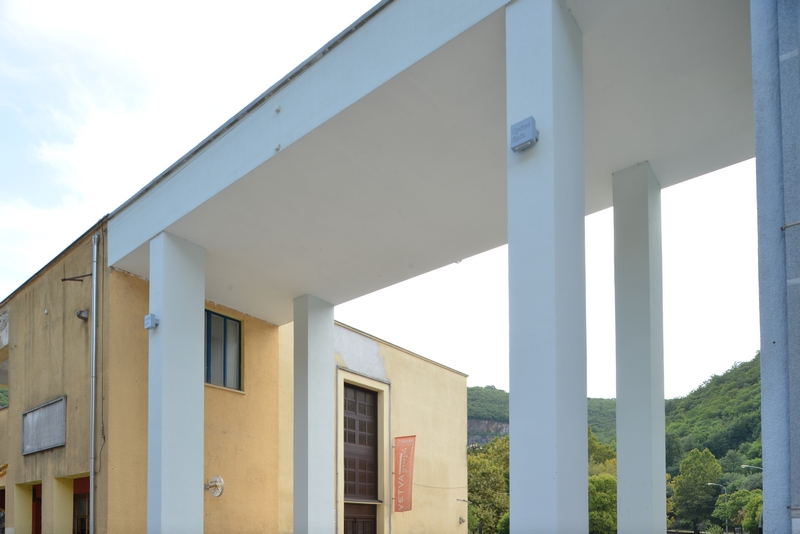 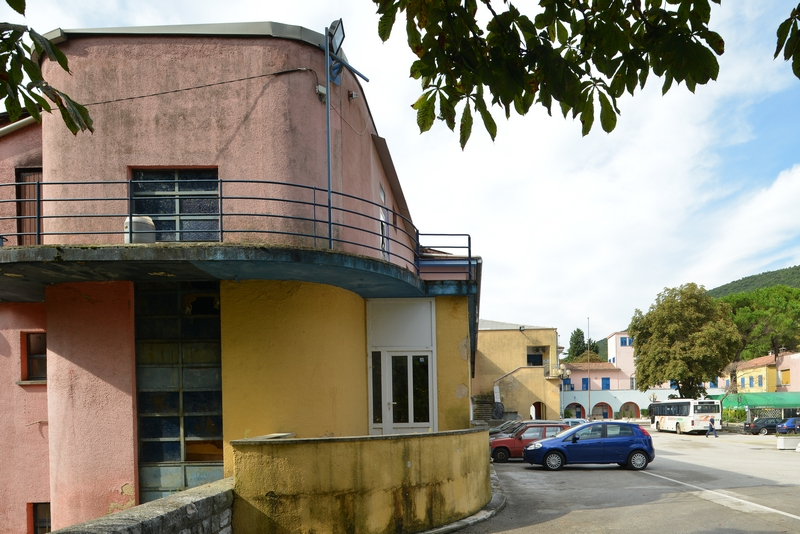 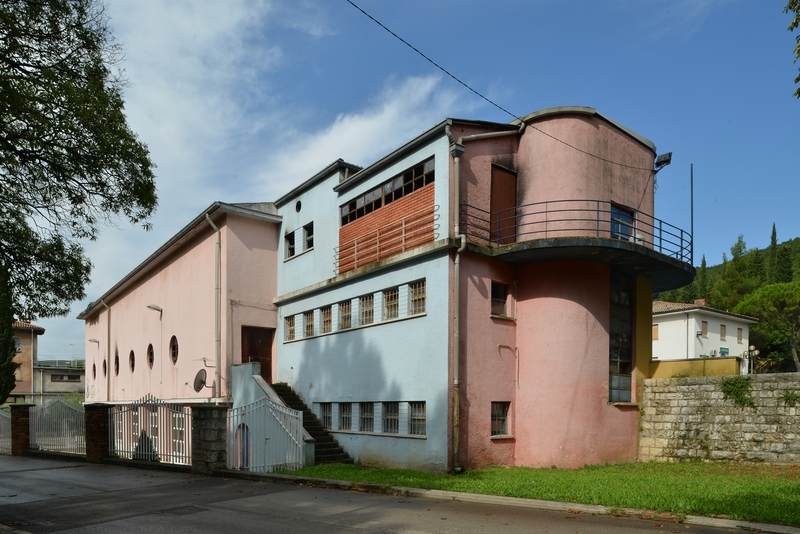 Naval theme of the OND building: round windows and the balcony reminding a ship stern

The main concern of architect Gustavo Pulitzer Finali was to design a town in harmony with the surroundings and which responded to the miners’ needs. In fact, a moderate modernism is merged with elements of the traditional rural architecture of Istria. The main square displays mining symbols and the naval theme, alongside weak elements of Fascist rhetoric.

Pulitzer’s approach was very different compared to the rhetoric of other planned towns, where monumentality was used to glorify the regime. Usually, the most important building in the newly built towns was the Fascist party house. In the square of Raša, the Casa del Fascio is just part of a multifunctional long building without particular emphasis, except for a small balcony for public speeches. The dominating building is the church.

The Church of St. Barbara is characterised by the skilful use of volumes and artful plays of natural light in the interiors. A huge stone relief of the miner’s saint patron created by sculptor Ugo Carà is collocated on the right entrance pylon. The church introduces a new architectural style compared to the traditional Istrian arcades used in the square. Its original forms are often justified as recalling mining themes: the nave is supposed to recall the coal wagons used in the galleries; the massive bell tower a miner’s lamp. Another hypothesis assumes that the nave recalls the shape of an overturned ship, since Pulitzer designed ship interiors. However, the architect was extremely avant-garde, inspired by other religious buildings of the time built in Germany by modernist architect Alfred Fischer.

The Fascist party building (Casa del Fascio) is characterised by a small semi-circular balcony, the only weak symbol of Fascist propaganda, supposed to serve political leaders to address the public. Below the balcony there was a monumental sculpture of a miner warrior created by Marcello Mascherini, which was destroyed after WW2. Attached to the Casa del Fascio was the OND building (Opera Nazionale Dopolavoro), the former community centre for the mine worker's. The central part of the building recalls the shape of a ship, with its round windows and an iron-fenced balcony, reminiscent of a ship's stern.