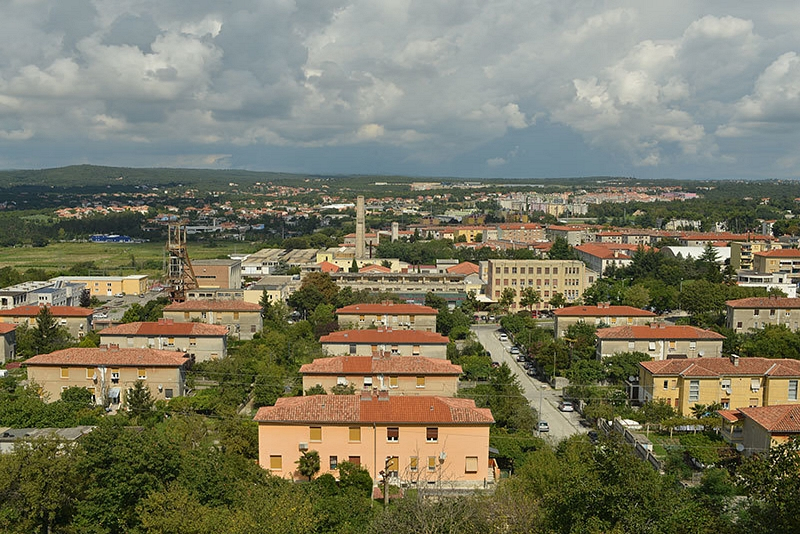 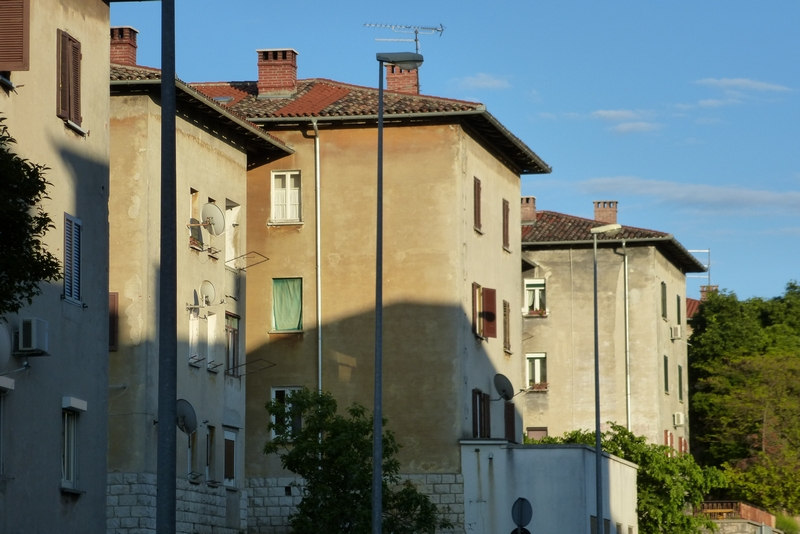 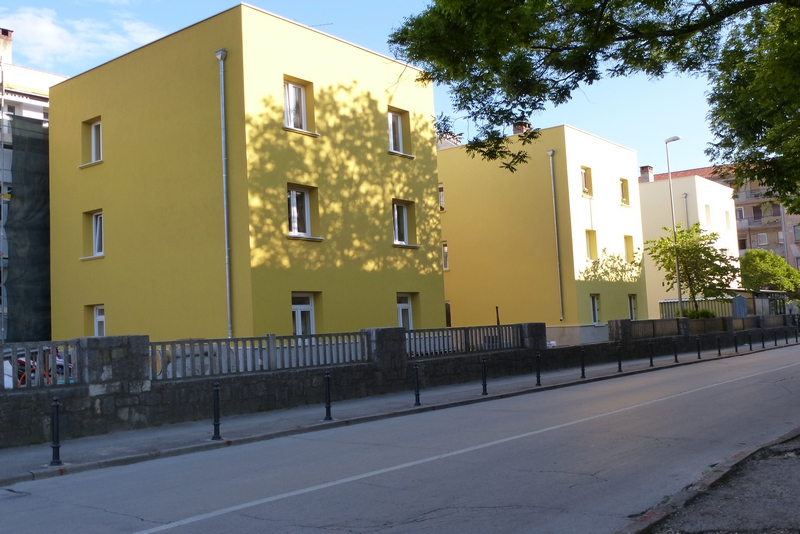 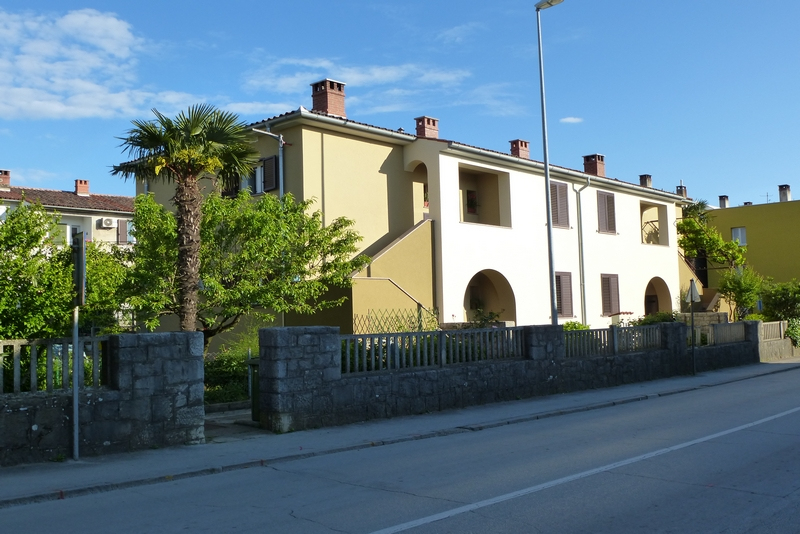 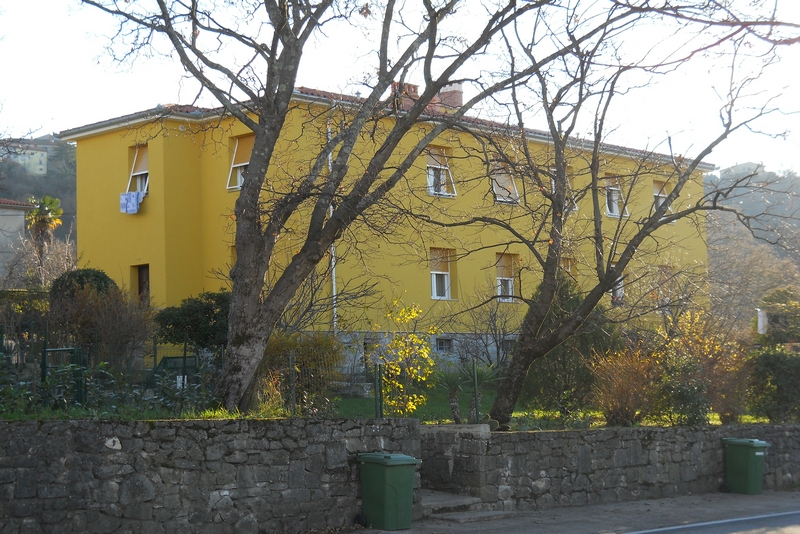 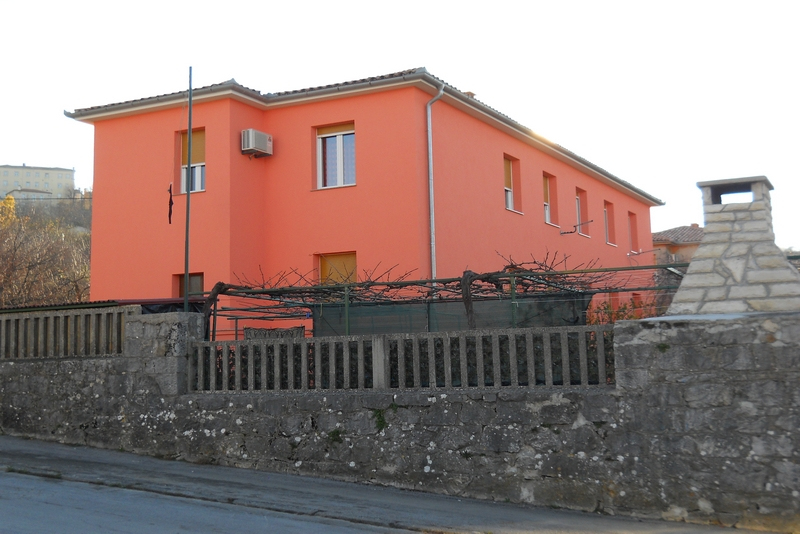 Transformation of a hierarchical settlement into a colourful residential area

The residential zone of Labin in Croatia, once characterised by the hierarchical division of the mine employees under the Italian Fascist regime, today is becoming a colourful neighbourhood thanks to an original restoration project employing plasters of different colours.

A journey through the different homes of a mining settlement

In imitation of Roman town planning, architect Eugenio Montuori placed a series of houses in an orderly manner: 12 big three-storey residential buildings (kazarmoni), 41 smaller two-storey houses (kazakape), and 20 two-storey villas (vilete) – a total of 600 flats for almost 3,000 inhabitants. The three types of houses reflect the rigorous hierarchical division of the mine employees into miners and common workers, supervisors and office workers, managerial staff (technicians and engineers). Today, Labin is making great efforts to preserve this architectural heritage; many façades of the residential houses are being renovated. The use of different coloured plaster is transforming the residential area into a colourful place to live.

Casermone in Italian means “large house”. In fact, the three-storey kazermoni comprise 27 flats of 45 or 56 m2 each. This is where the miners and common workers lived. The flats have a hall, two bedrooms, a kitchen-dining room, a toilet and a small pantry or balcony. Until the 1970s, the miners used coal to heat the built-in kitchen stoves.

Case per i capi in Italian means “bosses’ houses”. The kazakape in fact were inhabited by middle class employees of the mine, such as supervisors and office workers. The two-storey buildings contain four flats of either 69 or 72 m2 with a small piece of garden. The interiors are divided into a hall, three bedrooms, a kitchen connected to the dining room, two toilets and a pantry. Semi-circular entrance porches on the ground floor and external stone staircases leading to the entrance on the upper floor recall the baladur, a typical element of Istrian rural building tradition.

Villette in Italian means “small villas”. The vilete were inhabited by the mine’s managerial staff. Originally, the comfortable two-storey houses had two four-bedroom flats of around 100 m2, one on each floor. Today, they have been divided into four flats of 50 m2. A hot water system allowed for heating with radiators, a radical novelty at the time. Large windows enable a maximum use of daylight, while elevated ceilings contribute to the spaciousness of the flats. Finally, each flat has a large green area suitable for a flower or vegetable garden.