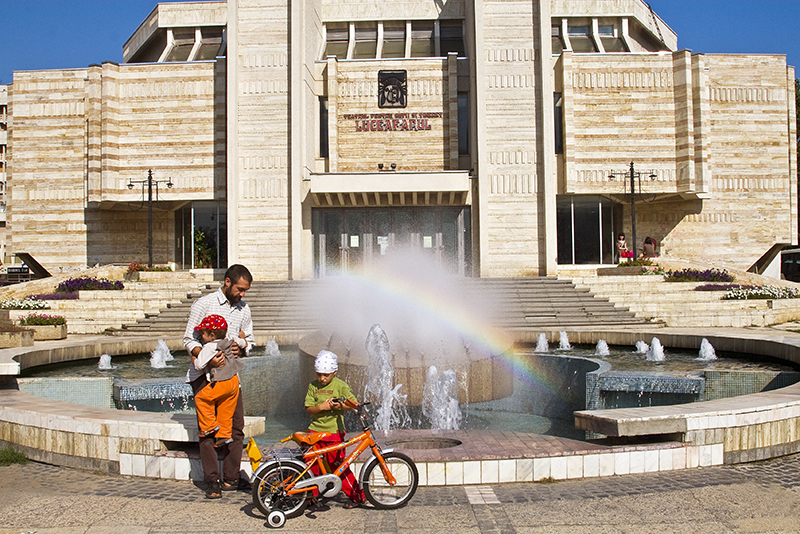 The Luceafarul Theatre was inspired by European modern architecture. The architects designed a theatre with a polygon shaped hall. This particular shape enabled a multifunctional use, or rather three types of theatres: the "arena", a round stage surrounded by the audience; the "Elizabethan" theatre with a prolonged proscenium to the centre of the hall and audience on the two sides; and the classical theatre with the scene in front of the audience.

Today, the Luceafarul Theatre has become an important cultural centre of the region. Its most spectacular event is the International Theatre Festival for Young Audiences, unique in Romania. Participants from all over the world transform the theatre into a place of intercultural exchange.