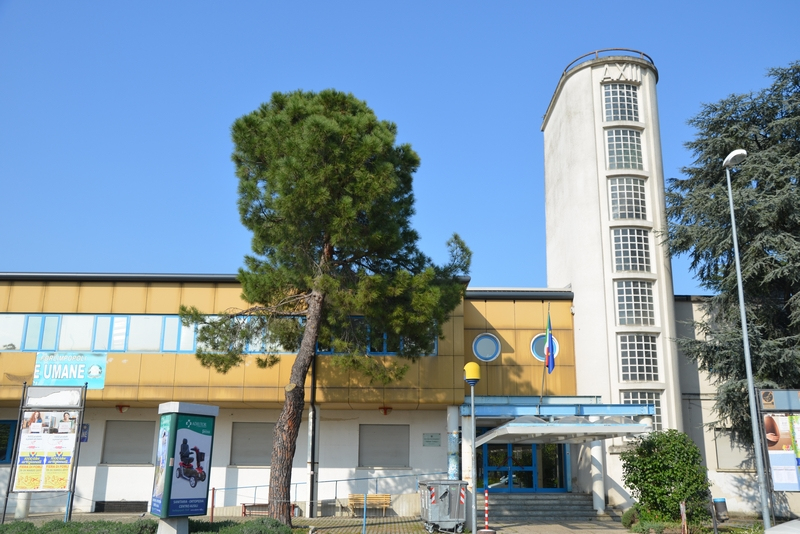 Former sports and cultural centre of the Fascist youth, today a secondary school 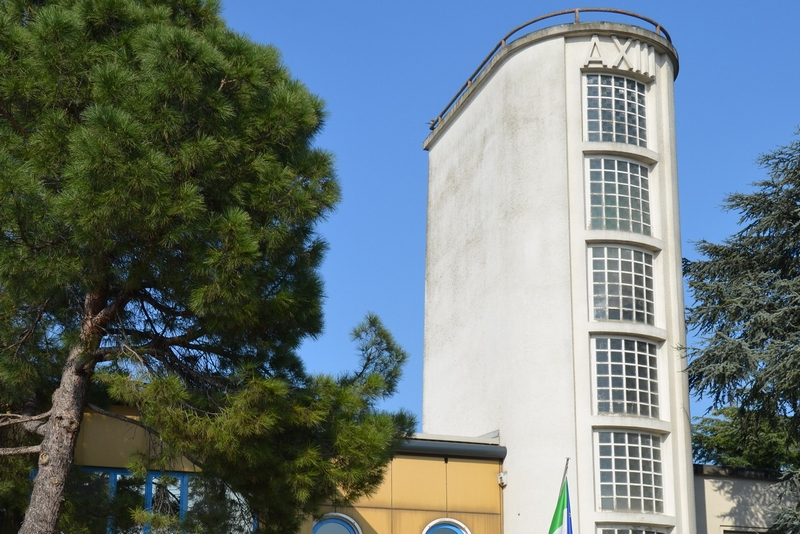 ONB building with tower: once a tower for Fascist propaganda 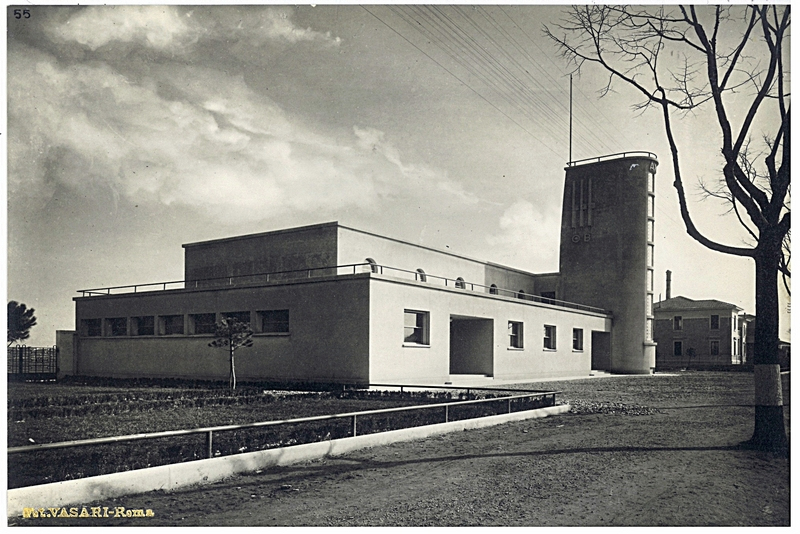 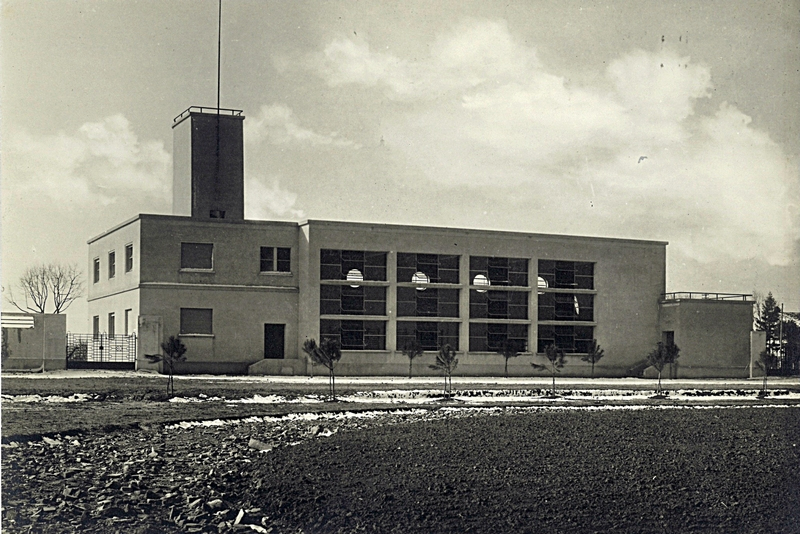 Huge glass window of the gymnasium

In 1933, Renato Ricci entrusted Cesare Valle with the design of the ONB (later GIL) building. The sports and cultural centre was used for the indoctrination of Fascist ideology in young people. In fact, ONB (Opera Nazionale Balilla) was the name of the Fascist youth organization, which later changed to GIL (Gioventù Italiana del Littorio).

A tower for propaganda

During the same period, Valle designed two other ONB buildings in Romagna of a plain design, eliminating any monumental elements: in Predappio and in Savignano sul Rubicone. Forlimpopoli was different. Since there were no other buildings recalling the Fascist rhetoric, a “virile and modern” tower was added to the initially simple design. With the monumental tower, the ONB building also served the propagandist purpose of a Casa del Fascio. Occasionally, the large sports field served for Fascist mass gatherings. Situated along the Roman road Via Aemilia on a straight connecting the town’s neuralgic points (the main square and the teacher training school), the ONB building assumed an important symbolic role for the Fascist regime.

The final project comprised a main body containing the gymnasium (300 m2), two adjacent bodies for the boy’s and girl’s locker rooms, offices and a library, as well as the tower. The curved façade of the tower constitutes an element of dynamism typical of the futurist vanguard movement. Round windows and the concrete-framed glass blocks of the tower recall the naval theme, which is also present in architectures of the so-called “colonie” (seaside holiday camps) of the same period.

During WW II, the building was severely damaged. Subsequently, in the 1980s, the complex was enlarged and adapted to become a secondary school. Unfortunately, these interventions make an interpretation of the original architecture quite difficult.