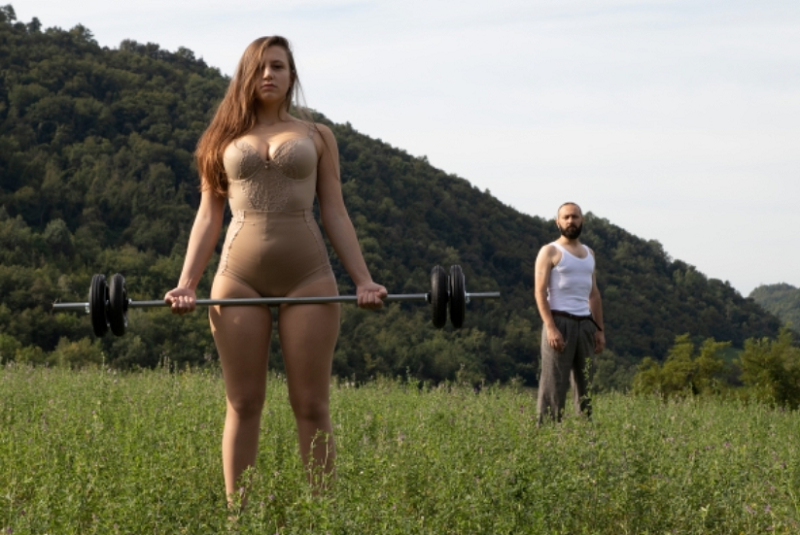 Il Bue Nero - o della cattia coscienza degli italiani is a journey through the memory, but not exactly through history. It is a grotesque and provocative study our conscience, our frustrated ideals and the inconcgruency of the nature of human beings, or better of the nature of italians.

The theatre play is part of a wider project entitled IO NON CI SONO - itineraries in the Fascist, anti-Fascist and post-Fascist  Emilia-Romagna, focusing on the idea that places are containers of memory, but also of bodies.

Il Bue Nero is the historical experience of the dictatorship "in corpore Mussolini" - represented by "a national ox", willing to work under the goad of the nation, ready to kill in order not to be killed. A huge invasive body, which has dominated Italy for 20 years on a political and emotional level, and which even after its death was able to block the streets towards democray.

The theatre play reflects on the invasiveness of the dictator's body, on how the Italian's conscience was heavily affected. The storyline develops through a series of dreamlike scenes, grotesque and symbolic - a journey through the souls of Italian people rather than across historical events.